Janja Lalich, PhD, and Michael Langone, PhD, designed this excellent checklist to help examine any group or relationship as to the level of control being exerted. We cannot say it any better than they themselves put it:

Concerted efforts at influence and control lie at the core of cultic groups, programs, and relationships. Many members, former members, and supporters of cults are not fully aware of the extent to which members may have been manipulated, exploited, even abused. The following list of social-structural, social-psychological, and interpersonal behavioral patterns commonly found in cultic environments may be helpful in assessing a particular group or relationship.

Compare these patterns to the situation you were in (or in which you, a family member, or friend is currently involved). This list may help you determine if there is cause for concern. Bear in mind that this list is not meant to be a “cult scale” or a definitive checklist to determine if a specific group is a cult. This is not so much a diagnostic instrument as it is an analytical tool.

Feel free to share, reblog and spread this vital information, especially the printable graphic below. 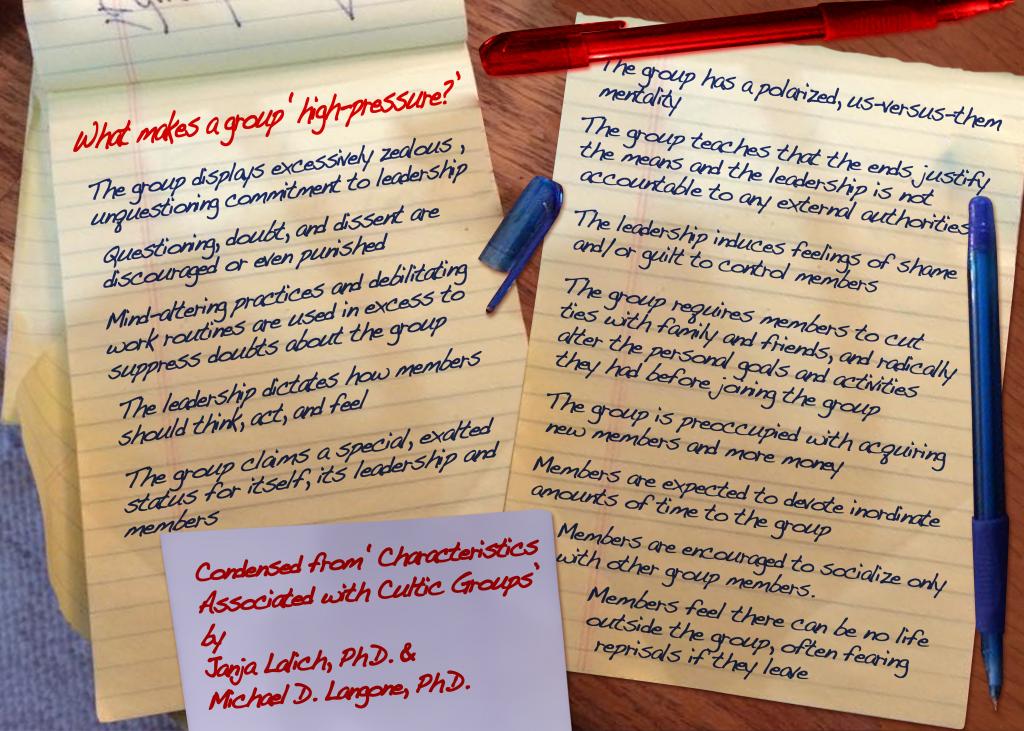 What do you think about this article? Do you have a story about being in a controlling group or relationship that you’d like to share? We’d love to hear from you!