Nothing but PRAISE for Educated

by Editorial Staff | About Undue Influence 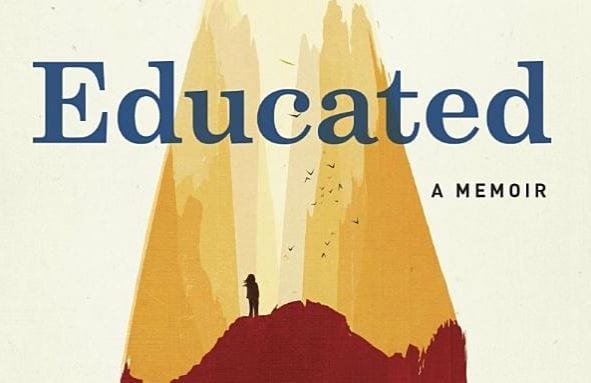 USA Today praises it, saying, “Educated is a heartbreaking, heartwarming, best-in-years memoir about striding beyond the limitations of birth and environment into a better life…. Four stars out of four.”

The Atlantic reports, “(This) one of a kind memoir is about the shaping of the mind.”

The New York Times Book Review proclaims, “Heart-wrenching…. A beautiful testament to the power of education to open eyes and change lives.”

Eric Kodicek, in his Amazon Book Review, shares more definitive praise: “Tara Westover wasn’t your garden variety college student. When the Holocaust was mentioned in a history class, she didn’t know what it was (no, really). That’s because she didn’t see the inside of a classroom until the age of seventeen.

“Public education was one of the many things her religious fanatic father was dubious of, believing it a means for the government to brainwash its gullible citizens, and her mother wasn’t diligent on the homeschooling front.

“If it wasn’t for a brother who managed to extricate himself from their isolated—and often dangerous—world, Westover might still be in rural Idaho, trying to survive her survivalist upbringing.

“It’s a miraculous story she tells in her memoir Educated. For those of us who took our educations for granted, who occasionally fell asleep in large lecture halls (and inconveniently small ones), it’s hard to grasp the level of grit—not to mention intellect—required to pull off what Westover did.

“But eventually earning a PhD from Cambridge University may have been the easy part, at least compared to what she had to sacrifice to attain it. The courage it took to make that sacrifice was the truest indicator of how far she’d come, and how much she’d learned. Educated is an inspiring reminder that knowledge is, indeed, power.”

We at Open Minds were moved with a cathartic moment in Tara’s life, while she attended a class lecture at Trinity College. She didn’t totally understand what the professor was saying, but she carefully scribbled his message down in her notepad: “Positive liberty is self-mastery—the rule of the self, by the self. To have positive liberty is to take control of one’s own mind; to be liberated from irrational fears and beliefs, from addictions, superstitions and all other forms of self-coercion.”

Tara was still struggling to grasp the kernel of truth in that message, when she received a song via email from a good friend. It contained lyrics, two lines, from a Bob Marley song and bingo; she discovered the missing puzzle piece. Suddenly, it all made sense to her and she listened to those two lines over and over again in her mind. It’s a truth we at Open Minds Foundation wholeheartedly embrace: