In Loving Memory of Laura Ann Gracey – A Father Remembers 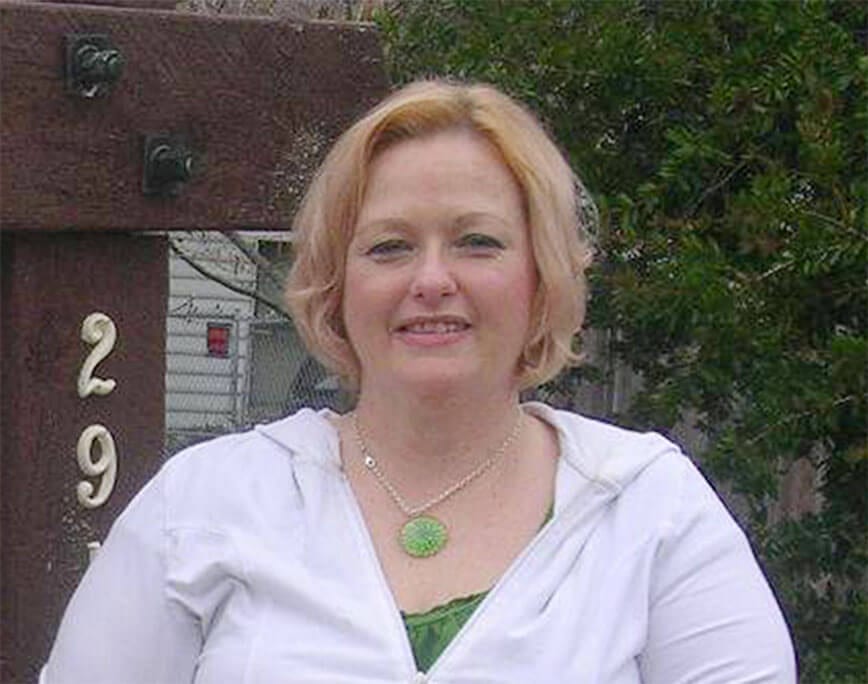 My darling daughter Laura Ann Gracey was born on July 17th, 1972, in Orange, California. My wife Deborah and I, life-long Jehovah’s Witnesses, had been married just two years. At the time, I was a Regular Pioneer and a Ministerial servant in the Buena Park California Congregation. Deborah had just been made a Regular Pioneer, but had to decline the appointment due to illness stemming from her pregnancy.

We raised Laura and our two younger children as devout Jehovah’s Witnesses. Laura was a happy and sweet young girl, but she could never bring herself to commit to the religion of her birth and be baptized. She left home at 17, and married a young school friend, who was outside the faith. The marriage did not last long: after their divorce, she lived a confused and troubled life until she was in her early 30’s, when she chose to revisit her roots and began studying with the Witnesses again. After several difficult years, she was baptized at age 33, and seemed happy and content at last – or so it seemed to me.

Over the next four years, she was disfellowshipped and reinstated twice, for violations of Watchtower policy, the last time in late 2009. When a Jehovah’s Witness is disfellowshipped, no active member – whether family or not – can speak to her until she is reinstated; our family did not observe this policy and kept in contact with her, disfellowshipped or not.

Laura Always felt the need to confess her sins and shortcomings; it appeared to cleanse her conscience, and make her feel better. So, it was not a surprise to the Elders of her congregation, when she called them, asking to talk. On the night of Jan 7, 2010, they met with her in her new apartment, in a complex filled exclusively with other Jehovah’s Witnesses.

The next morning, her next-door neighbor spotted her on the floor in front of the TV; there was food spilled all over, and she seemed to be unconscious. However, the neighbor (who related these details to me at the funeral) did not investigate further, even though she had an appointment to go with Laura in field service that Saturday morning. The next morning, this same sister, who was scheduled to take her to a meeting, saw her in the same position, but did not intervene, even though Laura remained motionless through to Monday morning: it was not until later that day that someone finally called the police, and the paramedics pronounced Laura dead at the scene, from a massive overdose of prescription medications. The autopsy determined that the time of death was 5 pm Monday; she had been alive – and presumably able to be resuscitated – for over two and a half days, with her neighbors aware of her situation, but doing nothing to save her.

What happened at her final meeting with the Elders is unknown. The only thing they ever told me, her father, was that when they left, she seemed “fine.” We will never know what happened to Laura, or what caused her to take her own life. The conclusion we as a family came to at the time was that she just could not live up to the demands of the Jehovah’s Witness, and so “checked out.”

Was she another victim of the Watchtower’s policies of shunning and unrealistic expectations? Did she feel that she could not please Jehovah and her family by being a member of their religion? What did the Elders say to her and how did Laura feel, once they had left? What was she thinking as she took that massive dose of pills and waited for death to come? Did she change her mind? Was she thinking of her family?

We will never know. Her mother died eleven months later, of complications due to a pending surgery. I miss Laura every day of my life, as does the rest of the family. Because of the madness of this supposed religion and its policy of disfellowshipping, shunning, and supposedly “keeping the congregation clean of wicked influence,” tragedies like Laura’s will continue to affect the lives of millions around the world.

That is exactly why I have chosen to tell her story.

If you are shunning someone, please take a minute to ask yourself if this is what God really wants. The Governing Body wants it, and they say is for your own good. But ask yourself: how does that shunned family member feel? If you are shunning your child or parent, please don’t ignore your natural familial attachments and love for your family, holding back and while their love for you grows cold. Love them now while you can: wish them Happy Birthday, or Merry Christmas and Happy New Year. We have only so many years on this planet, so we must use them wisely.

Shunning is a violation of the fundamental human rights of freedom of association and freedom of speech. It is often profoundly traumatic to those who are treated in this inhumane and callous way.

Believe what you want, worship freely, practice your religion, but please don’t shun your family, because someday, it will be too late to say: “I love you.”

What do you think about this article? Do you agree?  Do you have a story about shunning or disconnection that you’d like to share? We’d love to hear from you!