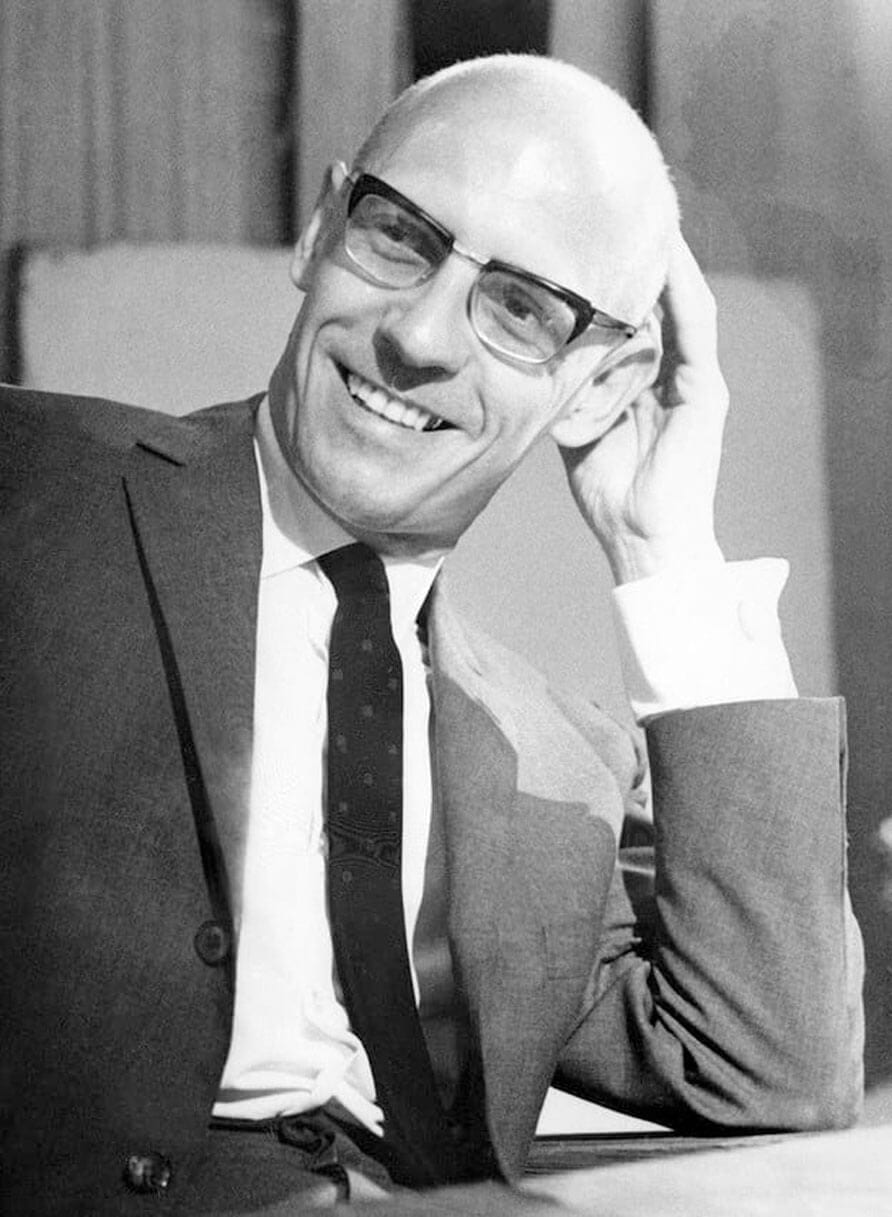 If I said that the thing I most appreciate about Michel Foucault is his hairstyle, surely someone would point out that the philosopher was bald. If, however, I said that what I most appreciate about him is his anarchism, no one would object. Anarchism provides love for freedom as much as a hairstyle involves hair. However, while the baldness of the Frenchman is a clear and demonstrable fact, the man himself belonged to a line of thought – post-modernism – that denies attributing value to facts, by lowering them to the rank of opinions. Instead, the decanted liberating value of his thought is just an opinion raised to a fact. We can see a valid example of Foucault’s love for freedom by reading his enthusiastic reportage from Khomeini’s integralist Iran.

Indeed, sent to Teheran by the Italian newspaper Il Corriere della Sera at the beginning of the 1979 revolution, Foucault was conquered by the “beauty” of the Ayatollah’s medieval regime. To those who asked him how he could find a totalitarian theocracy so beautiful, he answered:

They do not have a regime of truth equivalent to ours, which, on the other hand, is quite special even if it has become almost universal.

The way to avoid an uncomfortable question is always to say that the question is wrong. The French system is to say that the question is wrong because it presupposes the existence of reality. In fact, it is in reality that regime shootings, gender discrimination, executions for adultery and for homosexuality (so, even for Foucault, if he had been an Iranian) exist. But Khomeinians, Foucault tells us, have a different “regime of truth.” In fact, our truth, which we believe to be universal, is, instead, “completely special.”

Now, if reality is not objective and is only a perspective among the many possible ones, if there is no knowledge but only points of view, if justice and rights are 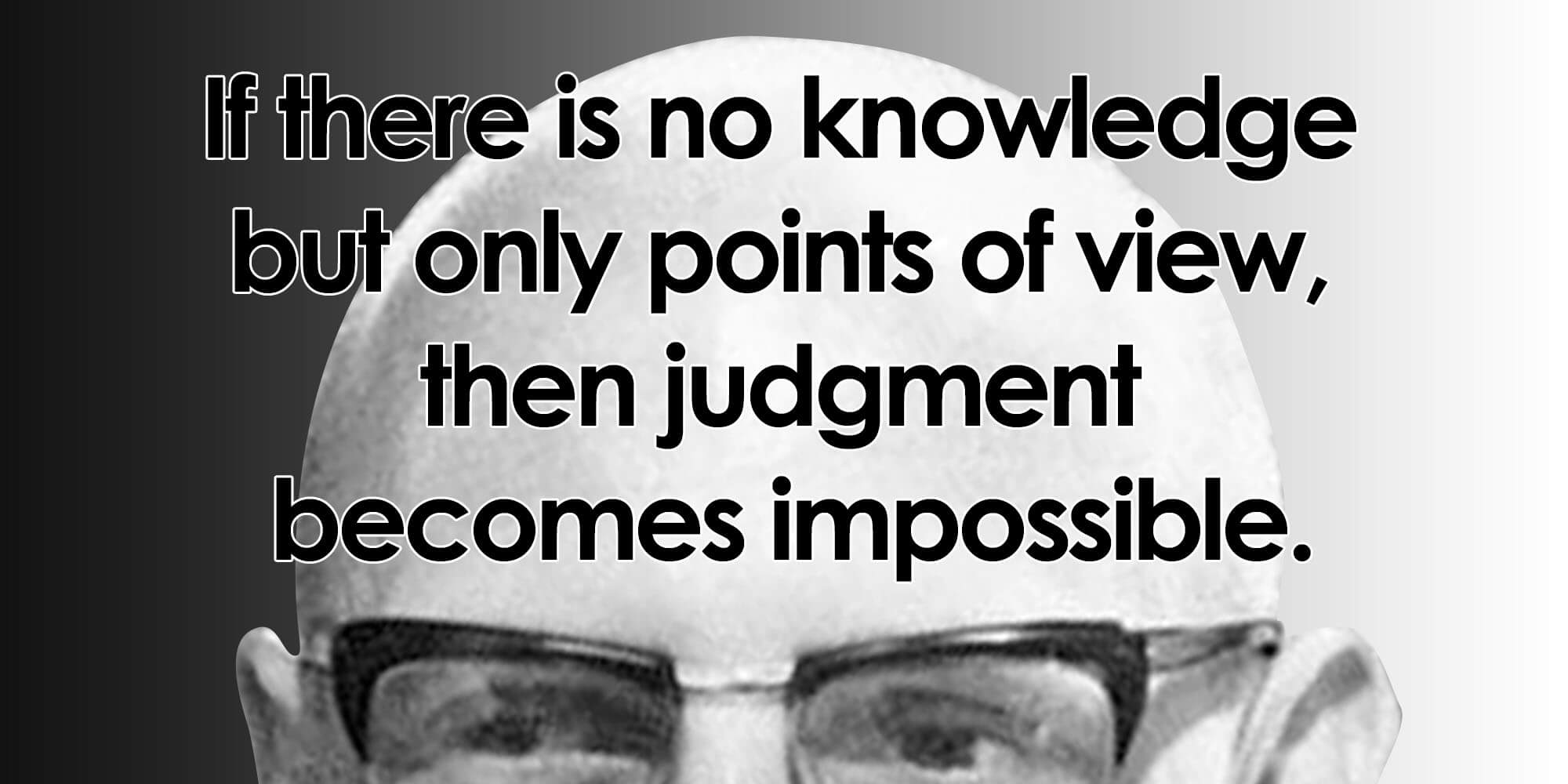 not universal data but are rather local and historical concepts, then judgment on anything becomes impossible, because it is always arbitrary.

This is the message of helplessness that is announced by that vast stream of theories (deconstructionism, structuralism, post-structuralism, etc.) that shape “postmodern thinking.” Rooted in the skepticism of Nietzsche and Heidegger (two authors more connected to Nazism than to ideas of liberation), postmodernism passes for an anarchistic, egalitarian, and progressive philosophy. We will call this approach relativistic indifferentism, because its core is radical relativism.

Staying in France, consider two gentlemen discussing the ban on the veil for Muslim girls who attend public school. One of the men is a democrat and open-minded citizen; the other one is an exponent of a far-right movement. Which of the two is more likely to feel proper in safeguarding the Muslim girl’s right to wear a veil? Did you say the first one? Wrong – he is the second. In fact, the latter is Alain de Benoist, the main exponent of Nouvelle Droite, the name given to a conservative, reactionary, anti-modern, and anti-egalitarian movement.

Yet, in the face of the idea of ​​censoring the costumes of others in the name of civil rights, his response is indistinguishable from that of the radical leftist Foucault. In fact, he says:

It is that [modernity], finally, that we find in the advent of the new religion of human rights, which claims to subjugate the whole Earth to its juridical and moral dictates.

In other words, de Benoist tells us that every culture has its own scale of moral values, which means that the imposition of the values ​​of the West (“the new religion of human rights”) is a form of imposing a dominant idea – the liberal-democratic one – which is intended to be universal.

The declarations by de Benoist and Foucault seem like two apples falling from the same tree. The heretic and anarchistic (as well as bald) Marxist refuted universalist ideologies and sought shelter in the marginal spaces, celebrating whatever seemed to him unmatched, even un-assimilated, from Iranian theocracy to sadomasochistic fetishes. The crypto-fascist lover of northern paganism refuses modern universalism, and celebrates whatever appears to have not yet been assimilated, from the Islamic veil to female genital mutilation.

So, we have a paradox: an advocate of freedom who exalts Khomeinism, or totalitarian libertarianism, ends up pairing with the paradox of the fascist who respects non-European cultures and defends the customs of minorities in the name of the “right to difference”, or, libertarian totalitarianism.

The Nouvelle Droite opposes all those policies that aim to overcome natural forms of backwardness or barbarism, such as sexual discrimination or, even infibulation. That is because they believe that opposing such practices would destroy the cultural roots of an ethnicity – hence, its identity. At first glance, someone who defends the freedom of a student to wear hijab at school appears to be an open and democratic person, a guardian of personal freedom and individual rights.

This type of proposal by Nouvelle Droite, however, is only respectful of beliefs and customs – on the surface. In the name of the differences between cultures, considered irreconcilable, it proposes a form of “multiculturalism”, far from the idea of a ​​“melting pot,” where everyone mixes together in a large cauldron, and the various forms of hybridization and enriching cultural “crossbreeding” take place. Rather, this new proposal is but the creation of non-Western cultural islands in industrialized countries, whose purpose is just to avoid such confluence and communion. Pierre-André Taguieff notes that this logic, in the passage from race to culture, does not lose one gram of its prejudicial charge. This has been called differential racism, but the purposes of this discussion, which is centered on the neutrality of some currents of thinking about ideas and practices incompatible with human rights, we will call it differentialist indifferentism.

What do you think about this article? Do you agree? Do you have a story about cultural relativity that you’d like to share? We’d love to hear from you!