The reduction in slavery, exploitation, abuse, humiliation, and physical and psychological violence are not solely the result of widespread non-Western cultures. Indeed, if a culture is a patrimony of ideas typical of vast human aggregates, the systems of beliefs and customs shared by restricted human groups are micro-cultures. These may be minority religious cults or congregations of followers of alternative medical practices or, moreover, extremist ideological groups. These aggregates often function as totalitarian groups. Just as for “meta-cultures,” there are two ways of dealing with coercive groups: censorship and indifference.

In a liberal and democratic society, the indifferentist choice is prevalent in the name of secularism and multiculturalism; but, as we have seen, it soon becomes a situation of confusing the “wheat” with the “chaff,” or the liberal with the totalist, or a Fascist with a minority advocate.

The problem arises when, in the face of a proclaimed detachment, the supposed indifferent ones put themselves in charge of defenders of cults against the claims 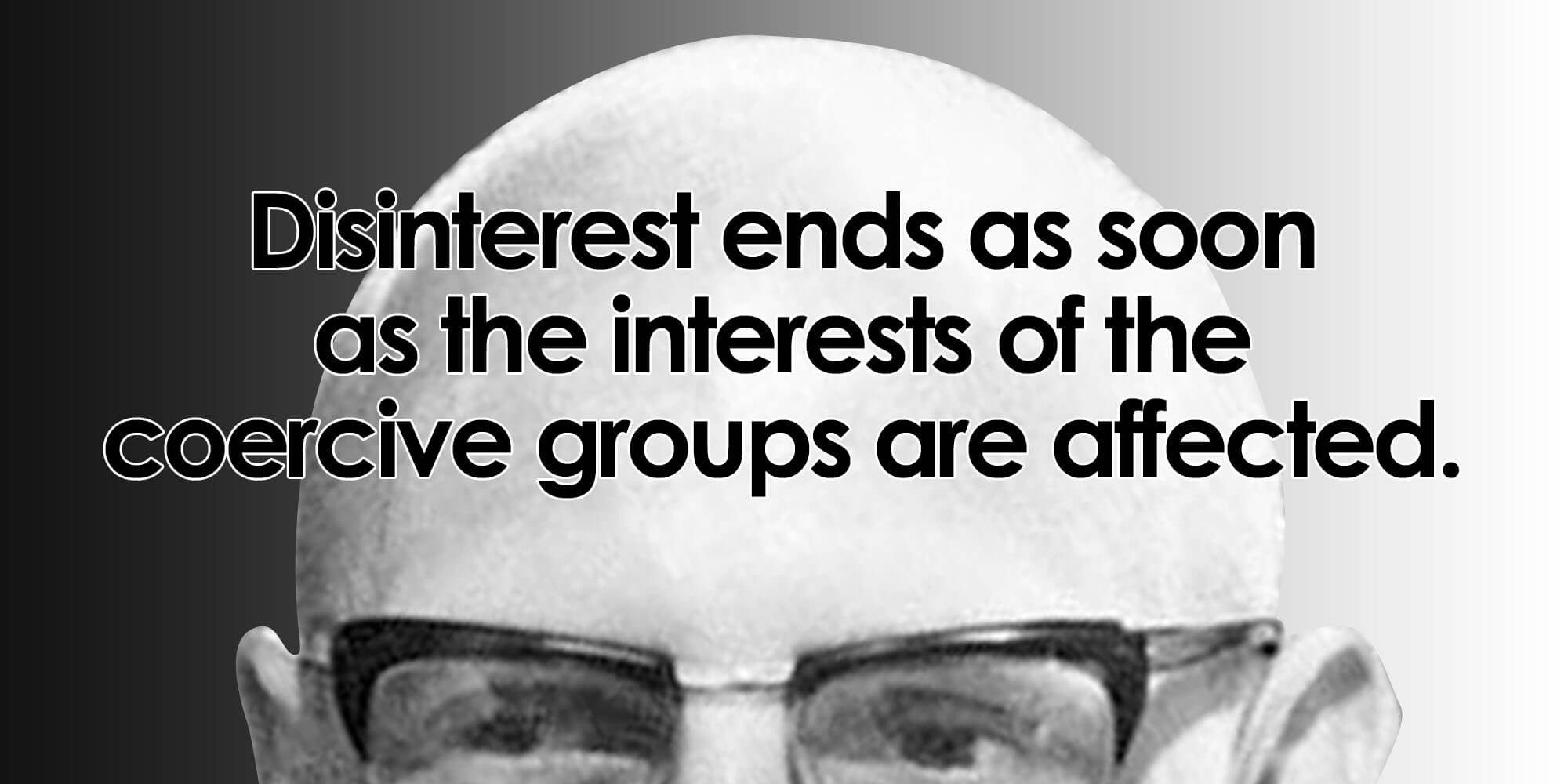 of those who consider them places of abuse and harassment. The disinterest ends as soon as the interests of the coercive groups are affected. Therefore, the so-called “cult apologists” follow the logic already seen for broad cultures, namely relativist indifferentism and differentialist indifferentism.

The first typology refers to some defenders of cults who are considered bearers of the liberal culture. They are, of course, relativist in the sense that they believe that no one can impose a single vision of the world and, hence, they wish for what Max Weber called “polytheism of values.” This can only be an emancipating and progressive idea, because we are well aware that Western relativism has always been the enemy of religious and political absolutism, and thus the true basis of freedom. If I do not have unquestionable truths, I would never want to impose dogmatically, ex auctoritate, anything to anyone. The concept of secularity is all here, woven together with   relativism, pluralism, freedom, and tolerance.

Presenting yourself as a relativist is, therefore, a great business practice for a progressive man. Too bad that this progressivism is often as concrete as Foucault’s hair. In fact, it is one thing to assert that one can never, say, possess the truth: that is the basic concept of liberalism. It is quite another thing to assert that truth does not exist, for that is a cultural construction.

Certain “advocates of freedom” sometimes sneak over this border. As Maurizio Ferraris writes:

Curiously, the “school of suspicion”, the idea that we have to doubt everything, is born like a critical exercise, but it can have results that are dogmatic, to say at least, because it teaches us to doubt not only lies, but also truths, making this an excellent service to falsehood, which is placed on the same level as the truth. This principle, which, if applied to science, makes a physician indistinguishable from a shaman and an astronomer from an astrologer, is particularly dramatic in the case of history because it lets a total amnesty drop as a graveyard on the worst tragedies of humanity.

This engenders a twofold assist to “alternative” groups. First of all, a thought that rejects the value of tests and makes “indistinguishable a physician from a shaman and an astronomer from an astrologer” facilitates the emergence of groups that are hostile to science and based on spiritualism and subjectivism. This comes about in a paradoxical way, because, in spite of the proclaimed relativist anti-authoritarianism, authority, which was driven out of the door, comes in from the window. As Giovanni Jervis writes:

In practice, it is not true that all opinions are equally authoritative. To some people more than to others – we all need fathers, Freud said – is attributed an unusual dose of wisdom. In this way, by refusing the authority of the experts, we find ourselves in the arms of the gurus.

Apart from contributing to its development, relativistic “anti-authoritarianism” is a valuable tool in defending totalitarian groups. Indeed, cult apologists defend, with liberal coherence, the existence of every creed and practice, but their approach often resembles that of Foucault with Khomeinist Iran.

In fact, taken with the freedom heat, they risk overlooking the bigotry that happens in cults. This is the greatest contradiction of radical cultural relativism. In other words, its proponents underline the superiority of the criteria of secularism and tolerance of liberal-democratic culture, precisely because other cultures are unable to offer anything like it. After that, they claim that groups or societies that do not accept such principles should not be judged, exactly in the name of the relativity of the historical interpretations of human coexistence.

In other words, after having judged the tolerant cultureas superior, they come to assert the equivalence, for the worthiness and for the right, of any cultural expression, including intolerant ones, by declaring any comparison unlawful. Nico Berti writes:

This conclusion is derived from the clamorously illogical use of the epistemological criteria proper to the relativistic paradigm, which is theoretically affirmed but virtually denied (they are, in fact, fake relativists but true anti-liberal).

That the defenders of cults are fake relativists and true anti-liberals is demonstrated whenever from the second and third rows of parties and movements of liberal inspiration emerge paeans in favor of the most questionable groups from an ethical point of view. And, paradoxically, they tend to “crucify” those who denounce those misdeeds, accusing them of being the new “inquisitors.” 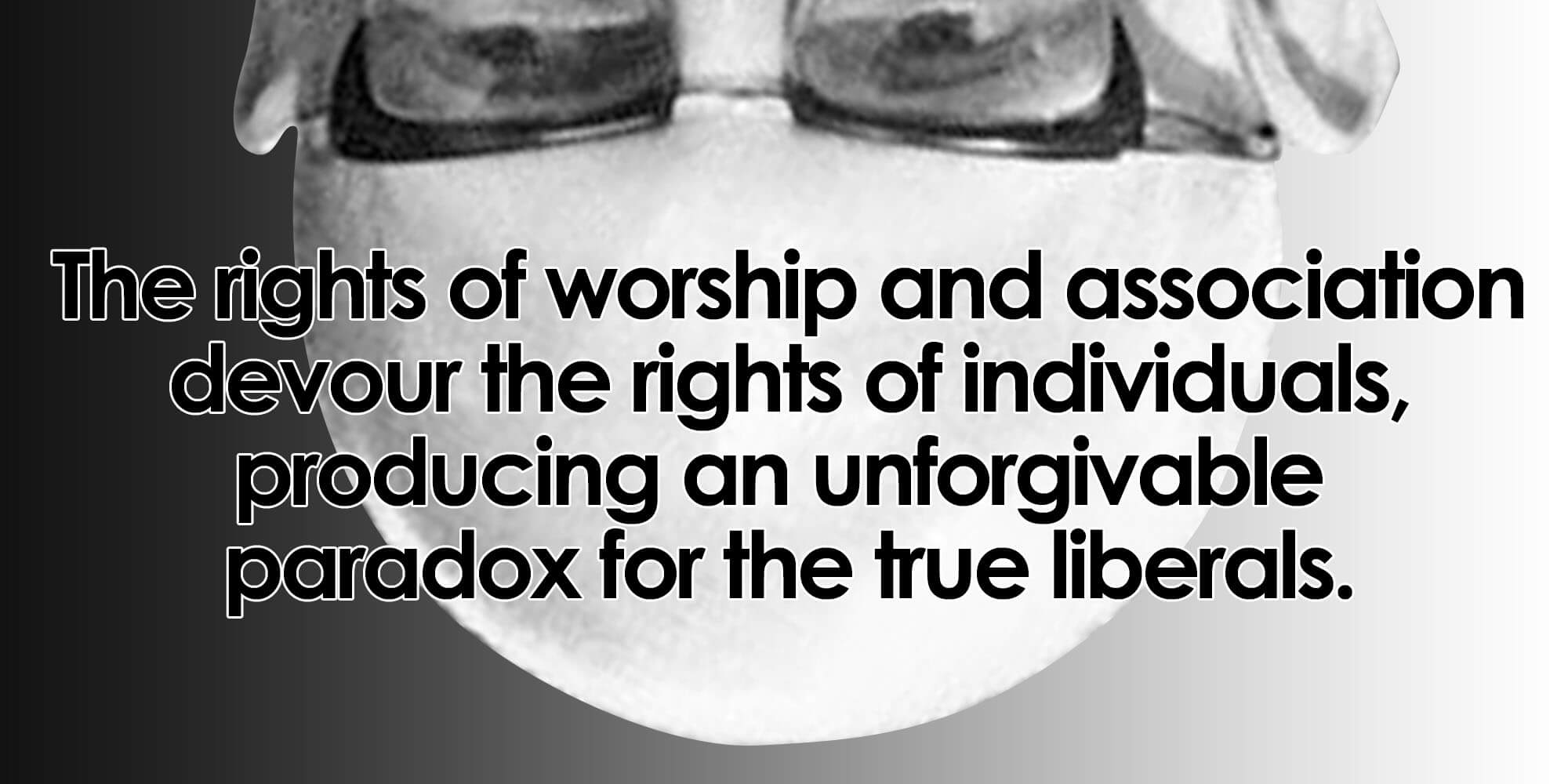 The most naïve among the exponents of this relativistic culture, in short, misconstrue abuses, manipulations, threats, blackmails, and physical and psychological violence into acts that cannot be interpreted except by a local and special “regime of truth” – that of the group. In this way, the rights of worship and association devour the rights of individuals, producing an unforgivable paradox for the true liberals. In fact, the attitude of sincerely liberal parties has always been a censure against dictatorial regimes and to fight against practices that are offensive for human dignity – for example, female genital mutilation. On this aberrant practice, parties and liberal movements, such as the Transnational Radical Party, have conducted strong campaigns for its abolition. The paradox is that if these practices were accomplished in a minority religious group, the less awake exponents of these same parties would defend the practice on the basis of the relativistic criterion.

These paladins of the freedom of the bully are not aware of being the useful idiots of the promoters of cults. The latter refer to the principles of freedom working outside the confines of the cult in order to allow them to deny the same principles within the group. One of the greatest Italian liberals, Gaetano Salvemini, noted that:

This is made even more evident by replacing “cleric” with “guru.” This observation illustrates the difference between a giant of liberal thought and action and the “nannies” that they are believed to be.

The second type of apologist are basically members of cults. Therefore, they have stronger motivations. The defense that they make of the right to difference is absolutely similar to that of allogenic cultures in differentialist racism. They do not believe that all ideas, faiths, and cultures are equivalent, but instead they propose a “multiculturalism” that safeguards the identities of every single “culture,” as this general law implies the safeguarding of their own culture in particular.

This is an openness that is fake, like curls would be on Foucault’s head. It has nothing to do, then, with liberal thinking. However, even in this case, it ends with giving equal dignity to democratic ideas as to those that deny democracy in the name of the “respect” for all cultures – read “Foucault’s curls.”

This type of logic, when applied on a large scale, involves a coexistence with immigrants that is not based on assimilation, but on sufferance. In this case, the democratic state renounces part of its rights in favor of groups that do not believe in democracy, creating a democracy with holes, like a Swiss cheese. The same is true when multiculturalism applies to cults. Liberal-democratic societies are expected to foster within them islands in which liberal-democratic rules are suspended. It is here that the help and support of “liberal” apologists (“the enemy of my enemy is my friend”) becomes important and is sought after. What is serious is that this support is usually obtained.

Fantastic beasts and where to find them

Although an alliance between differentialism and progressive liberalism may appear incredible and aberrant, the observations by Foucault and de Benoist on human rights prove that breaking into alcoves leads to discovering strange bedfellows. It’s a night in which all cows are black. 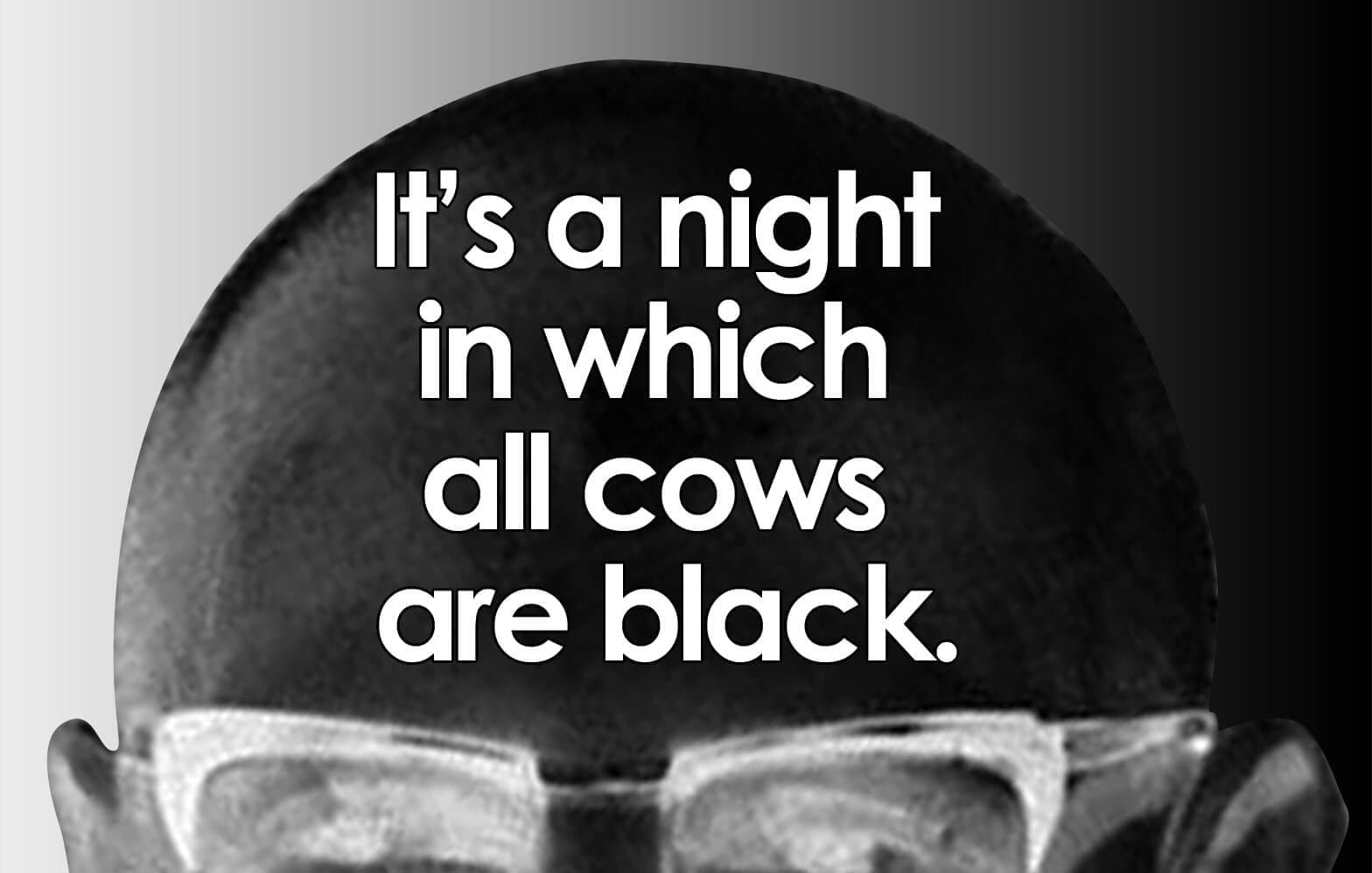 To add further elements of paradox, this inclination of the anti-relativists to seek support between relativists can be found in Italy, the privileged theater of the most bizarre of its manifestations. In fact, the cradle of Catholicism can unexpectedly boast a scant squad of Catholics among the ranks of the cult apologists. The clique is small but extremely noisy, like small dogs.

It is difficult for a non-religious person to understand how it is possible for the faithful of a religion that puts its foundation on “non-negotiable principles” and which is “universal” by definition to defend clearly anti-Christian cults, and go along with the proponents of anti-universalism. It is difficult, in short, to associate the idea of ​​relativism with Catholicism. Still, Giovanni Jervis, in a profusion of adjectives that accurately carve out the characteristics of the model he is speaking of, writes:

So, the somewhat sickly and up-to-date ecumenism that distinguishes the “emancipated” Catholic is not a concrete and integral relativism, but has the appearance of it, and plays fully into its hands. As Jervis rightly points out:

The more open and democrat between Catholics, with their excess of relativistic possibilism, end up giving up criticism of the fanatics and dogmatics of all religion, including, note, their own.

In fact, though there is a significant difference between the mellifluous conditioned relativism of “democratic” Catholicism and the relativism run-off on a tangent of certain “liberals,” this “weak thought” of Catholicism can become easy prey for much more determined wills that ride those Catholics’ watchwords.

It is true, as Jervis points out, that “liberal Catholicism ends up playing the game of uncompromising Catholicism.” But it is also true that it plays into the hands of the intransigence of all other cultures. Therefore, it is no surprise that the watchwords of conciliatory ecumenism are often used by the members of a Catholicism that is far from being open and progressive, with the same logic as the more “liberal” proclamations which can be found in the mouths of the most dictatorial gurus. All bald people combing their hair.

In short, we are witnesses of a jumble that, like an improbable chimera, combines totalitarians, liberals, and clericals in a single line. People who should act according to the Weberian ethics of responsibility, such as liberals, are in cahoots with those in this ethics fight, such as clerics and gurus, who advocate the ethics of principle (and vice versa). Stuff to tear your hair out – if you have hair.

What do you think about this article? Do you agree?  Do you have a story about cultural relativity that you’d like to share? We’d love to hear from you!