by Ruben Ortiz | About Undue Influence 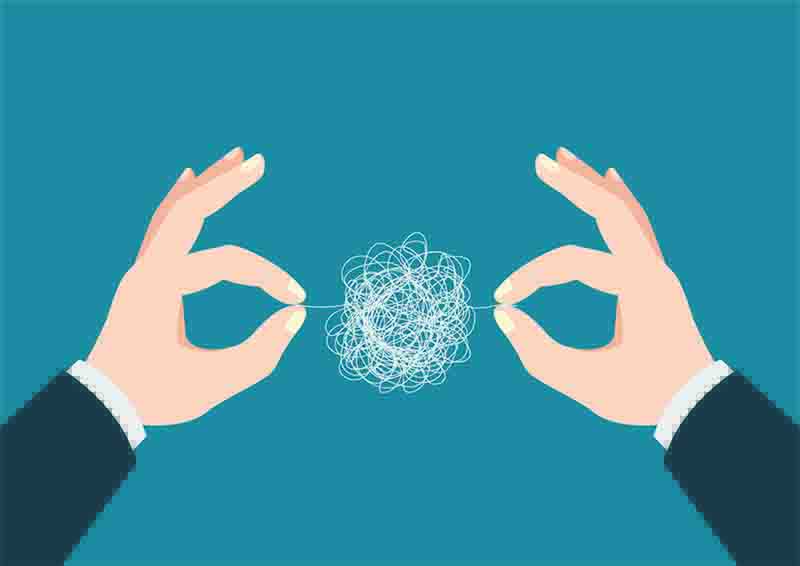 I was a Jehovah’s Witness from childhood to my late twenties. I officially disassociated myself from that organization in the year 2004 and here I am 15 years later writing about it. But here’s what is going to blow your minds: I’m here 15 years later writing about this high-control group and the damage done to me was minimal compared to the many Ex-Jehovah’s Witnesses I have met since I’ve left, minimal compared to the countless stories you will find online.

I created a forum for Ex-Jehovah’s Witnesses that started in MySpace in 2006 and ran until 2018 on Facebook. I’ve attended and even organized many meet-ups with former members. Through these mediums I learned a lot about brave warriors. Some are acquaintances. Some have become the best friends I could have ever asked for. Others I’ve collaborated with, like the time I helped promote a documentary that a former Jehovah’s Witness friend made. And I’ve had romantic relationships with former members as well. I’ve seen this community go from the few voices to the voice of many.

What I am saying here is that there is this thing called the Ex-Jehovah’s Witness Community. There may not be some official badge, but I’ve been “in it” for many years and a very vocal component at times.

If you are leaving a High Control group, I’ve seen it, I’ve felt it, and it’s not easy. Our experiences may vary, but we all left a whole world behind. Whether it was family members, ideology, or friends, we all lost something. To move forward from there takes a tremendous amount of courage.

15 years later…I’ve picked up on a few things about life after leaving a high-control group from personal experience, from listening to the experiences of others, and from the few nuggets of wisdom you’re gifted for putting a little energy into growing as a person. And now I’d like to share what I’ve learned. They are:

You are not alone: Quite literally there are many thousands of people who have been in your position of leaving, and there are people that can empathize with your story. You are not the only one. There is nothing like the comradery of someone else saying, “Yes, I know exactly the way you feel.” Whether ousted or leaving by choice, you are thrown into a “world” you don’t’ know. It’s helpful to find others in that world outside of your experience, who get you, who understand your specific struggles. It is incredibly validating and helps you heal.

You will not be the last: You may have lost friends and family when leaving, but as time passes, more than likely, you will be reunited with others you knew. This is true when it comes to cults like Jehovah’s Witnesses. Their retention rate is extremely low. I mean bad. Wait, squash that, it’s the worst. According to pewresearch.org among all U.S. adults who were raised as Jehovah’s Witnesses, two-thirds (66%) no longer identify with the group. It’s a matter of numbers. Expect to see some of your former tribe to join you in this marvelous world and don’t forget to be there for them and to tell them they are not alone.

You can leave a cult but the cult has to leave you: Leaving a group or being ousted by a group doesn’t mean the group mind-set has left you. I am not talking doctrinal beliefs. I’m talking about how you’re wired. It takes a lot of work to undo the undue influence. Don’t you dare think for a moment that this is something that happens automatically. Little by little, you will start noticing that some of your stances, some of your behaviors all stem from your experience with a coercive group. How could it not? Be willing to unlearn, be willing to grow.

Don’t be too hard on yourself: Be kind to yourself. Be patient with yourself. It’s not easy trying to find autonomy. The last person who should be hard on you is yourself. Recognize the courage it took to get to the point you’re at now. You’re a rock star for that alone. You chose to be the authentic you and not part of some unduly influenced herd.

Where there is loss, there is grief:  Former members of cults will experience grief when they’ve lost loved ones. The worst part is that one has to grieve over someone who is alive. Grief doesn’t have a time limit. You can’t rush yourself, and you can’t rush others. Don’t expect the loss to never hurt again, but it can and will get better over time.

If you’re still cooking, hold off on the love thing:  What do I mean by cooking? I mean growing. I mean the changing that happens in the time after your exit. You left a cult, but as I pointed out before, maybe the cult hasn’t fully left you. Maybe your views on love, on sex, on relationships aren’t necessarily ones you have had the time to mull over wisely.  Maybe it would be a good idea to hold off on the whole relationship thing if you’re still working out who you are.

Not everything is the cult’s fault: Sometimes it’s hard to decipher how much blame the cult has in someone’s behavior. You may have had a father that would beat you and use what the cult taught him to justify what he did. But another person in the cult may have had a totally different kind of upbringing in his or her family. Maybe it’s not just the cult. Maybe there are very dysfunctional people in these cults that use the cult as a tool to do very harmful things.

Stop blaming others and own it: Growing up in a cult, there is always a bad guy you can blame. Maybe it’s Satan. Maybe it’s the bad-association neighbor of yours. Maybe it’s the music. In a culture where you can freely point a finger elsewhere, it leaves you with the responsibility to develop the ability to hold yourself accountable for your own mistakes. Mistakes can be an opportunity for growth. But if you’re pointing the finger elsewhere, you’re not owning it. There will be no learning or growth if that’s what you’re doing.

Learn to disagree: When you come from a group that has the “truth,” and has answers for everything and these questions all have the “right” answers to, there really is no room for debate. But now that you’re out there in this very diverse world, people are going to disagree with you. This could be very uncomfortable at first, and in some cases those feeling will persist. We may be out of the cult, but is that wiring still there? How do we react when someone disagrees with us? Do we lose it? Do we make rash assumptions? Do we run around and smear this person? Do we make it personal, or do we disagree and move forward in a way that’s healthy? One thing helps for sure; accepting that we no longer require that everyone has to agree with us.

Question Everything: Yes, even all of the above. Who am I to be saying all this, right? Challenge me! But whatever you do, do it under the lens of critical thinking. Learning critical thinking skills is huge. Learning about logical fallacies will keep you from being duped again. Learning about undue influence and how it’s not just the cult you came from. Undue influence permeates society at so many levels.

People are constantly being influenced. Sometimes it’s good—due influence—and sometimes it’s bad—undue influence. Your learning experience with groups like Open Minds is not the end all. There’s more to come. You have more waking up to do.

I hope you enjoyed reading some to the things I’ve learned over the last 15 years. And please share it with others if you find it helpful. You are not alone, you are brave, and I wish you all the very best.