Many people are shocked at how “easily” the natural bonds of family love can dissolve under the high-pressure undue influence of an abusive group or partner. They often ask: “How can a child shun their parents?” or, more poignantly: “Why would loving parents agree to cover up the abuse of their own child?” 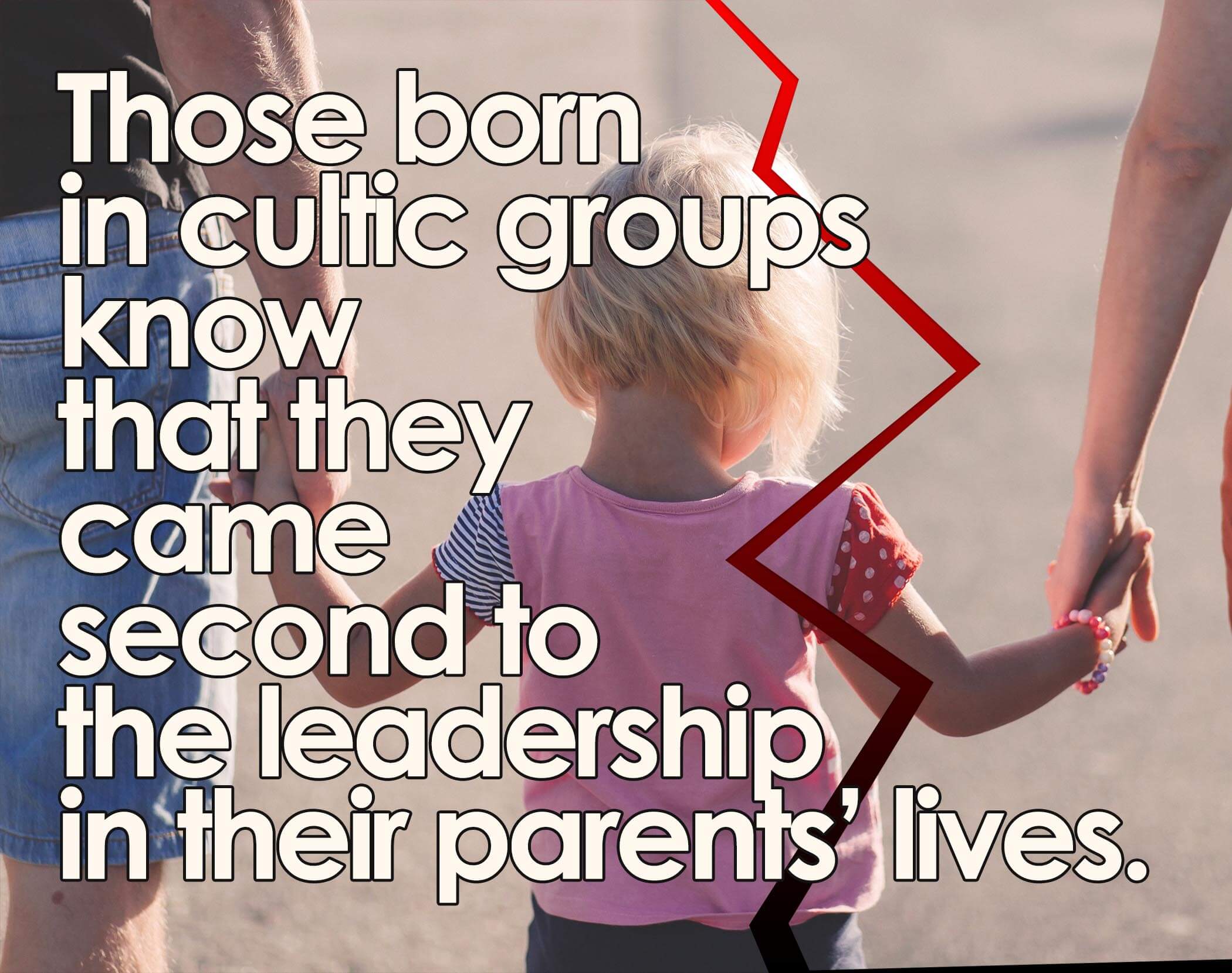 One of the hallmarks of a high-control group is the way they tear families apart: married survivors of cultic groups talk about the group being “the third person in the marriage bed,” and those born and raised in such groups know that they came second to the leadership in their parents’ lives, abandoned emotionally, if not physically.

Worse, children in high-control groups who experience physical or sexual abuse at the hands of the leaders cannot expect the same love and support they would receive in a “worldly” family – their trauma is compounded as their parents cover up, deny, or, in extreme cases, encourage and even perpetrate the abuse, all in the name of the group, its reputation, and its goals. Open Minds Advisory Board member Alex Stein gives an excellent account of the disorganized attachment found in such relationships in her book Terror, Love and Brainwashing.

And yet, the members of high-control groups aren’t monsters; the “average” cult member is intelligent, well-adjusted, and capable of rational thought – about anything other than their group and its beliefs. Those who manage to escape are usually able to re-grow healthy family relationships with those outside the group.

So how can a daughter be swayed to ignore her mother? How can a father be convinced to keep silent about someone in his church sexually abusing his son? Here are six of the most prominent ways an abusive group erodes the natural bonds of family love and loyalty:

1. They position the group and its leadership as the Ultimate Authority.

For a person of faith, there is no authority higher than the Divine, and an abusive group will subvert that authority by teaching that they – and they alone – speak for God, Allah, Krishna, Mother Goddess, the Great Spirit, the Divine Principle, or Karl Marx or however their members have been taught to perceive Supreme Authority. Even in groups with no theology or political view, there will be an overriding principle or purpose to the group which members will view as all-encompassing and of ultimate importance; they are carefully groomed to believe that leaving the group is tantamount to betraying their principles, their cause, even the future of humanity. The group is equated with all that is good and worthwhile in the world; how could anyone turn their back on such lofty goals?

2. They equate obedience and loyalty with “goodness”. 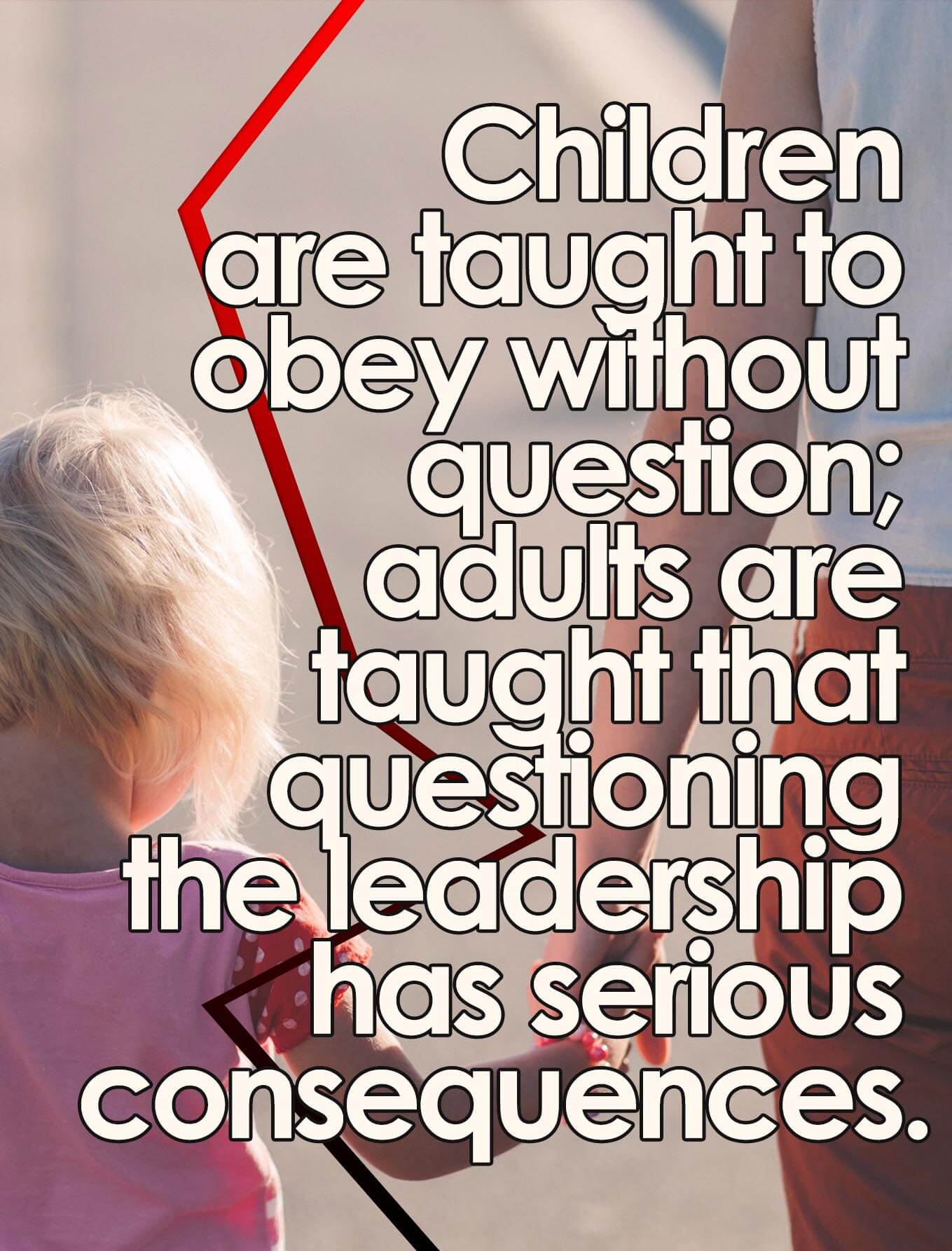 In the closed system of an abusive group, obedience and loyalty are held up as the highest virtues, while independent thought and dissention are suppressed, even characterized as “evil”, “subversive”, “worldly” – a laundry-list of undesirable and questionable traits. Children in the group are taught to obey without question; adults are taught that questioning the leadership has serious consequences. Those who keep questioning the status quo are shunned, expelled, or, at the very least, lose status in the group, viewed as spiritually or intellectually “weak,” and to be kept at arms’ length – until they return to the fold.

3. They use fear and spiritual blackmail.

Those who consider speaking out against the group or partner face many indoctrinated phobias: they will lose their relationship with Divinity or their chance for Eternal Life, they will betray the world-saving goals of the group, and turn their backs on the Truth, with a capital “T.” They will be betraying the Revolution, or the People, or their partner. Although these are “false” consequences, there are often real consequences to rebelling:  those who speak out are often expelled, losing their families, their friends, and most, if not all, of their social support network. They are faced with the unhappy truth that those they have left behind now see them as apostate, evil, backsliders, or traitors.

4. They teach that “Earthly” life is worthless, and our bodies expendable.

How can seven to nine decades on a sin-filled world compare with an eternity in Paradise? Belief systems with an afterlife can dangle the carrot of eternal joy walking alongside the Creator to manipulate their members into almost anything – this concept of “jam tomorrow” teaches that the present is only a period of waiting, and the abuses and indignities of life in the group are tests of character at best, and meaningless illusion at worst. The faithful don’t have to worry about “Earthly” troubles, injustice or abuse: in the hereafter, all wrongs will be righted, loyalty will be rewarded, and those who died will live again.  An abusive group relying on an afterlife to keep members in line teaches that we only have to have patience, now, in this imperfect world: eternity is “just around the corner.” In political groups, an earthly paradise for future generations is offered. 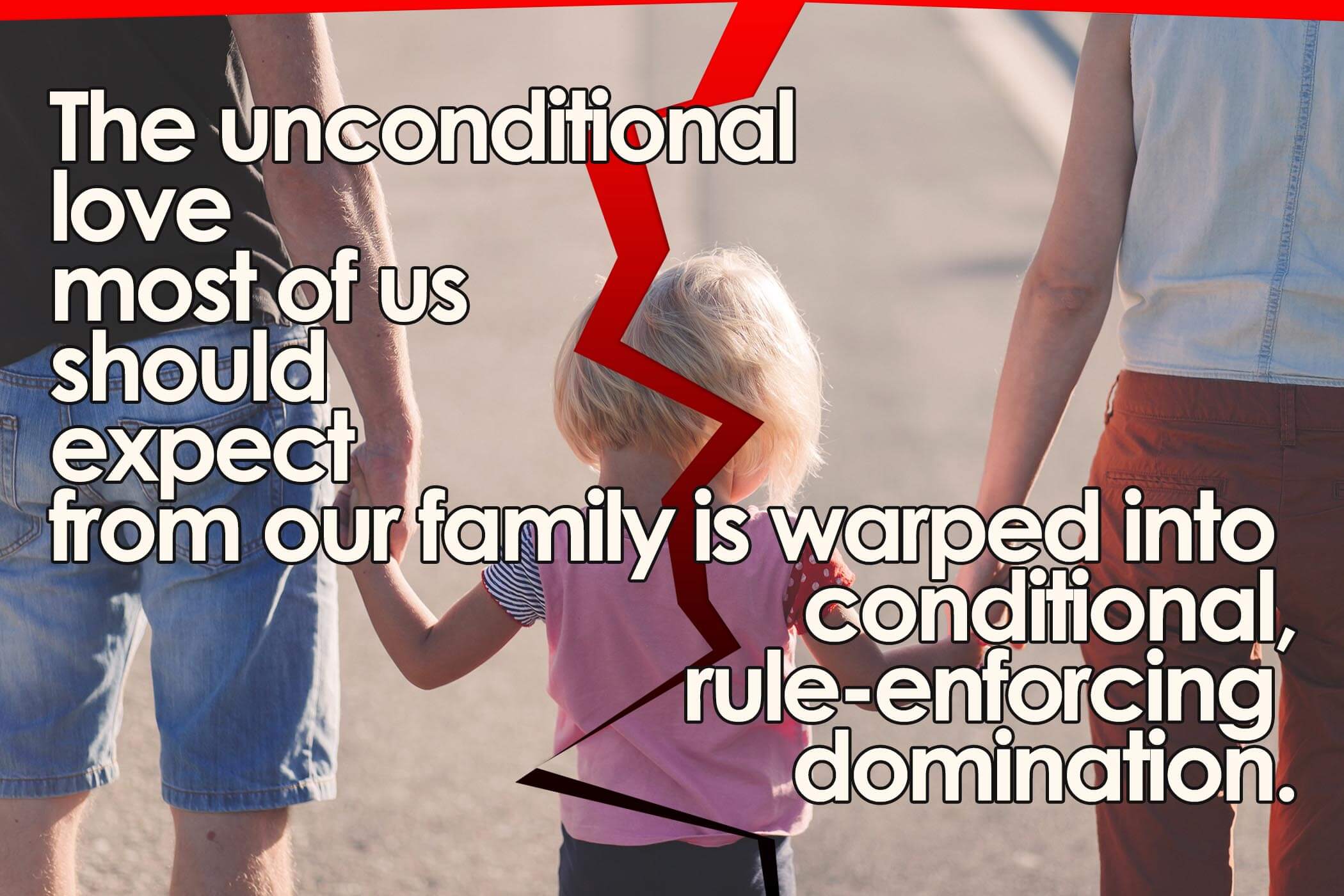 In the world of the abusive group member, there is no room for uncertainty: a member is either fully committed, or they are “backsliding” and in danger of damnation. A relative is either a member of the group, or a member of the “outside” unilluminated world. There is no in-between, no compromise, and no negotiation: you are either with us, or against us, and doubt is never an option. The dynamics of a healthy family cannot exist in such a moral “flatland”: the give-and-take, unconditional love, and all-encompassing acceptance most of us should expect from our family is warped and flattened into conditional, rule-enforcing domination, when focused through the lens of an abusive group or partner’s monochromatic worldview.

6. They keep members too busy – and too tired – to think properly.

This is perhaps the strongest – and definitely the simplest – of controlling factors. Caught up in the urgency of the group (and abusive cults are always in “crisis” mode), committed to punitive work routines, deprived of sleep and on a low-protein diet (or even fasting), the members of a high-pressure group exist in a never-ending whirlwind of activity and stress, barely keeping themselves together long enough for the next Bible study, the next course, the next fundraiser. There is no time to reflect, regroup, or recover – certainly no time to think things over, and definitely no time to question orders.

In conclusion, there is no excuse for shunning friendly family members or allowing the abuse of children to continue, but a working knowledge of the principles of manipulation go a long way toward understanding how otherwise healthy families can have their bonds of loyalty to each other eroded and co-opted by abusive groups or partners. Happily, with new knowledge of how healthy human interaction works, more families are choosing to leave abusive groups behind – and reclaim their loving relationships with each other.

What do you think about this article? Do you agree? Do you have a story about eroded family loyalty that you’d like to share? We’d love to hear from you!