Once upon a time, there were three little pigs, who moved into a new neighborhood, and decided to build houses to keep themselves safe from the big, bad wolf.

The first pig was skilled at keeping his emotions in check, and knew how to take deep breaths, take his time to make any decision, and to make sure he was always well-rested and well-fed before starting out on any new course of action. However, he knew nothing about critical thinking or logical fallacies, and so, when the straw man at the market used a load of smooth-sounding pseudoscience to ‘prove’ that all straw houses keep out 99.9% of wolves, he decided to build his house from straw. The wolf, of course (who was bribing the straw man to convince tasty pigs to build straw houses), was able to huff and puff and bring the house of straw down.

The second pig had recognized the straw man’s false facts for what they were; he knew every logical fallacy backwards and forwards and prided himself on his critical thinking skills. However, he was a hotheaded hog, and easily moved by high emotion. So, a nice man at the market (another friend of the wolf) invited him to a free ‘seminar’, surrounding him with pretty porcine beauties who love-bombed him, and told him just how wonderful it would be if he would buy sticks to build his house with. After a night of singing and dancing and talking about the importance of sticks, he was convinced that anyone who didn’t build a house of sticks was an enemy of free-thinking pigs everywhere, and, before he calmed down, he had built a house of sticks, which the wolf easily destroyed the very next day. 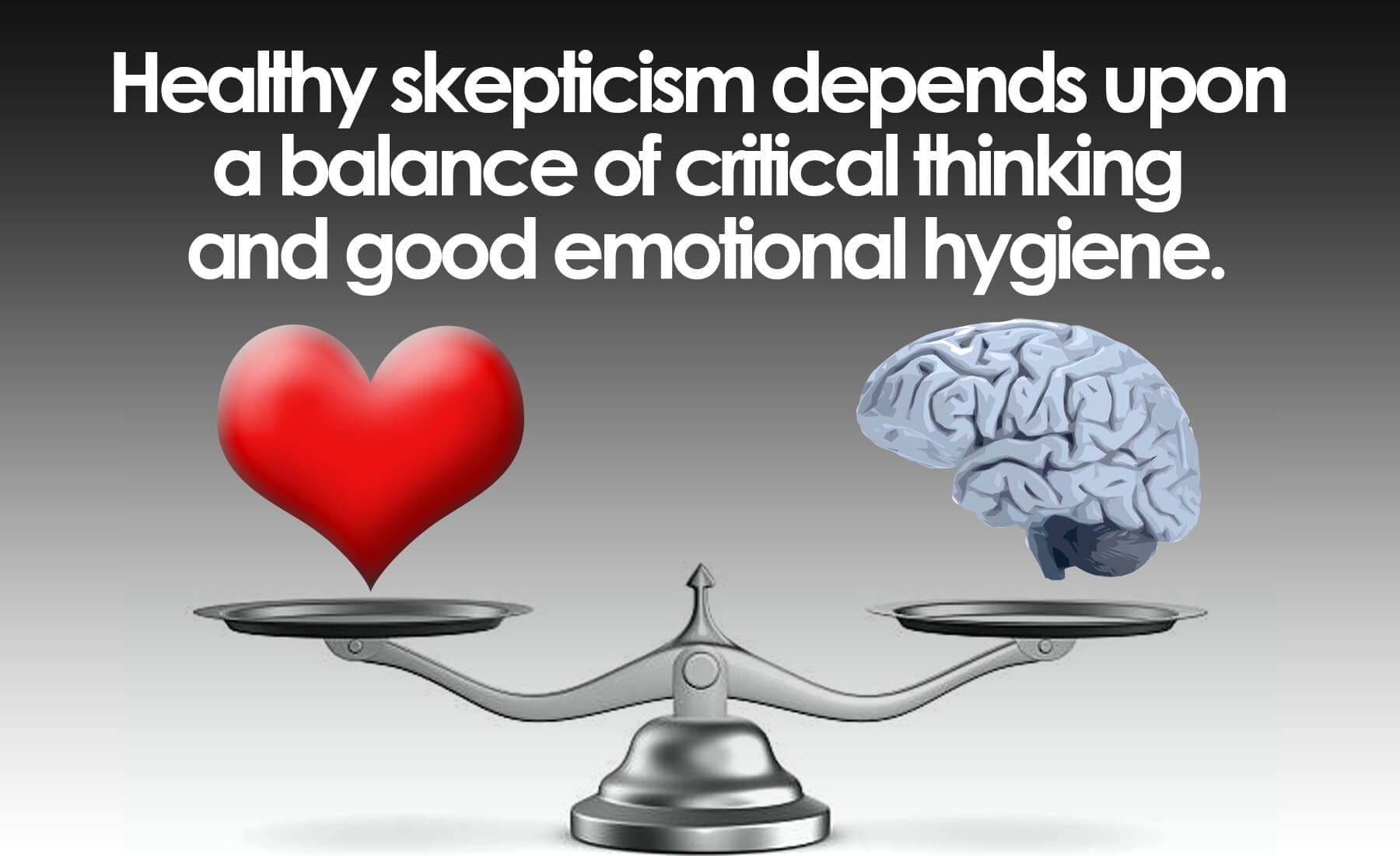 The third pig knew about the importance of critical thinking and good emotional hygiene, and how healthy skepticism depends upon a balance of both. He also heard the straw man talk, and used his critical thinking skills to decide against a house of straw. A very pretty female pig invited him to the seminar, but he made himself a promise to calm down after the dancing, and not to decide anything about the value of sticks until he had had a good night’s rest and a few days to think about things. In the end, he built himself a fine house of bricks, and was safe from the big bad wolf.

Although this is a slightly different take on the old tale, we hope it serves as a reminder that critical thinking and emotional hygiene work best when employed together, and that the best defense against predatory influence is a well-rounded mind, with intellect and emotions working in tandem.

What do you think about this article? Do you agree? Have you read Spike’s dystopian novel? Do you have a story about balancing critical thinking with emotional hygiene that you’d like to share? We’d love to hear from you!