Sleep deprivation is a significant tool of undue influence. We are far more susceptible to outside pressure when we haven’t slept enough.

The Innocence Project reports that about a quarter of wrongful convictions in the US are the consequence of sleep deprivation. For example, after a profoundly sleep-deprived Damon Thibodeaux confessed to the murder of his cousin Crystal Champagne, he spent 15 years on death row. Eventually, his conviction was overturned after DNA evidence exonerated him.

In the UK, it is illegal for police to question suspects who have not had eight hours of sleep in the preceding 24 hours, except in emergencies, but the US has no such rule, so interrogators can keep pressuring a suspect.

Often criminals have escaped detection, because an innocent person was kept awake and confessed simply to stop the interrogation, thinking they would be able to retract the confession later. It is very hard to retract a confession as the Innocence Project has found: juries tend to believe confessions.

In a study at the University of California in Irvine students completed computer tasks over many sessions with repeated warnings that if they pressed the escape key all the data would be lost. Some of the students then remained awake all night. The next morning, all the students were asked to sign a statement that falsely alleged that they had deleted data by pressing the escape key. There was no pressure – they were only asked once, but four and a half times as many of those who were sleep deprived signed the statement.

This is a preliminary finding, which needs to be verified by further research, but it is in line with the experience of victims of high-control relationships. 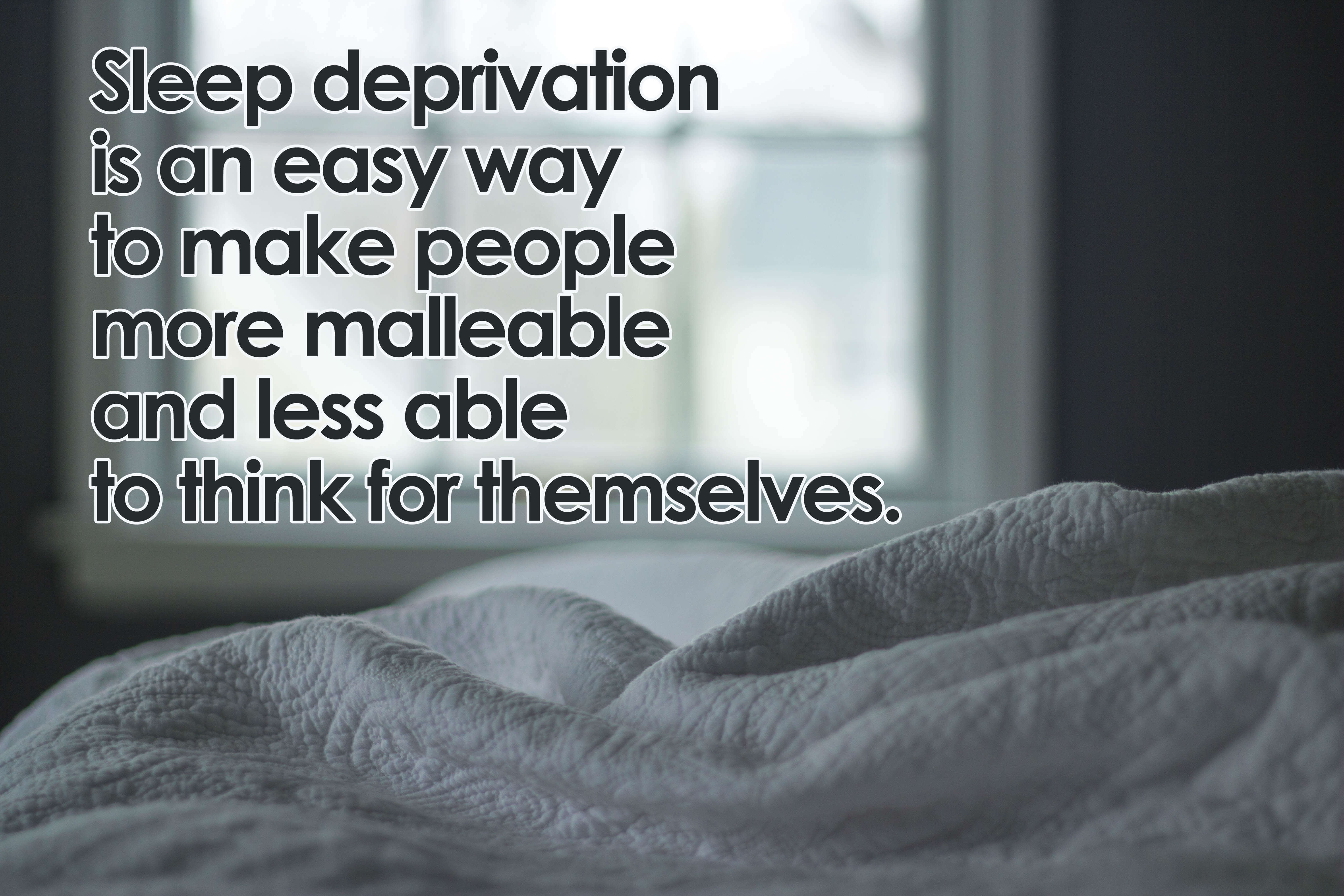 Manipulators use sleep deprivation to weaken their victims. It is an easy way to make people more malleable and less able to think for themselves. Typically, abusive partners and high-control groups restrict the amount of sleep of those they are controlling. Along with a regime of impossible tasks, high-carbohydrate diets, and gaslighting, sleep deprivation can bring the strongest of people to bend to the will of a manipulator. To make the best decisions, and to exercise the full power of our critical thinking and healthy skepticism, we need to have enough shut-eye.

What do you think about this article? Do you agree? Have you read Jon’s new book? Do you have a story about sleep deprivation that you’d like to share? We’d love to hear from you!