Healthy skepticism has always been an important part of my life; I was raised to be a skeptic while still in a religious family, and consider myself to be spiritual, while not accepting magical thinking or false conclusions in order to have “the answer”. Yes, it is smart to be skeptical, but healthy skepticism still leaves room for those of us who want to have transcendent moments, a sense of spiritual connection, and religious beliefs.

To me, having an open mind means leaving the door open to the possibility that there are many answers to the same question, that there is no one correct belief; you have the freedom to choose which answer feels right to you at the moment, without being pushed in one direction or another, by anyone. I say “at the moment,” because I know that some people want and need certain answers, but these answers can change over time as their lives change and as their emotional needs wax and wane.

Some former members I speak with feel embarrassed that they still believe in God, or follow some non-mainstream beliefs like astrology, Tarot, or psychic ability. Sometimes, these people feel they need to hide their belief from me, or even from others at my former-member support group, as though this belief is a sign that they haven’t made enough “progress”. Just like before they left their controlling environments, they live in fear of being found out, of having their secret revealed: they feel they can never be truly open about themselves, that they are different from the others around them. These worries about being seen as different or gullible only reinforce the alienation, secrecy, shame and isolation they already feel because they were involved in a cultic group or abusive relationship.

The whole point of recovery from a high-control situation is to be free to be genuinely yourself, without someone telling you how to be and what to believe. But many people are still stuck in an unfortunate mindset: they often think that if they left that “one right way to believe” because it turned out to be false, they now have to make sure to only believe the “right” way, as though there is still a wrong or right way to believe. This maintains the black and white thinking of cults. Beliefs come in many forms, none less valid than the next, but the important part is to be able to choose your belief, the ability to change your belief if you wish, and the freedom to believe differently than those around you without fear.

For more on this topic, check out Jon’s blog on science versus religion. -ed. 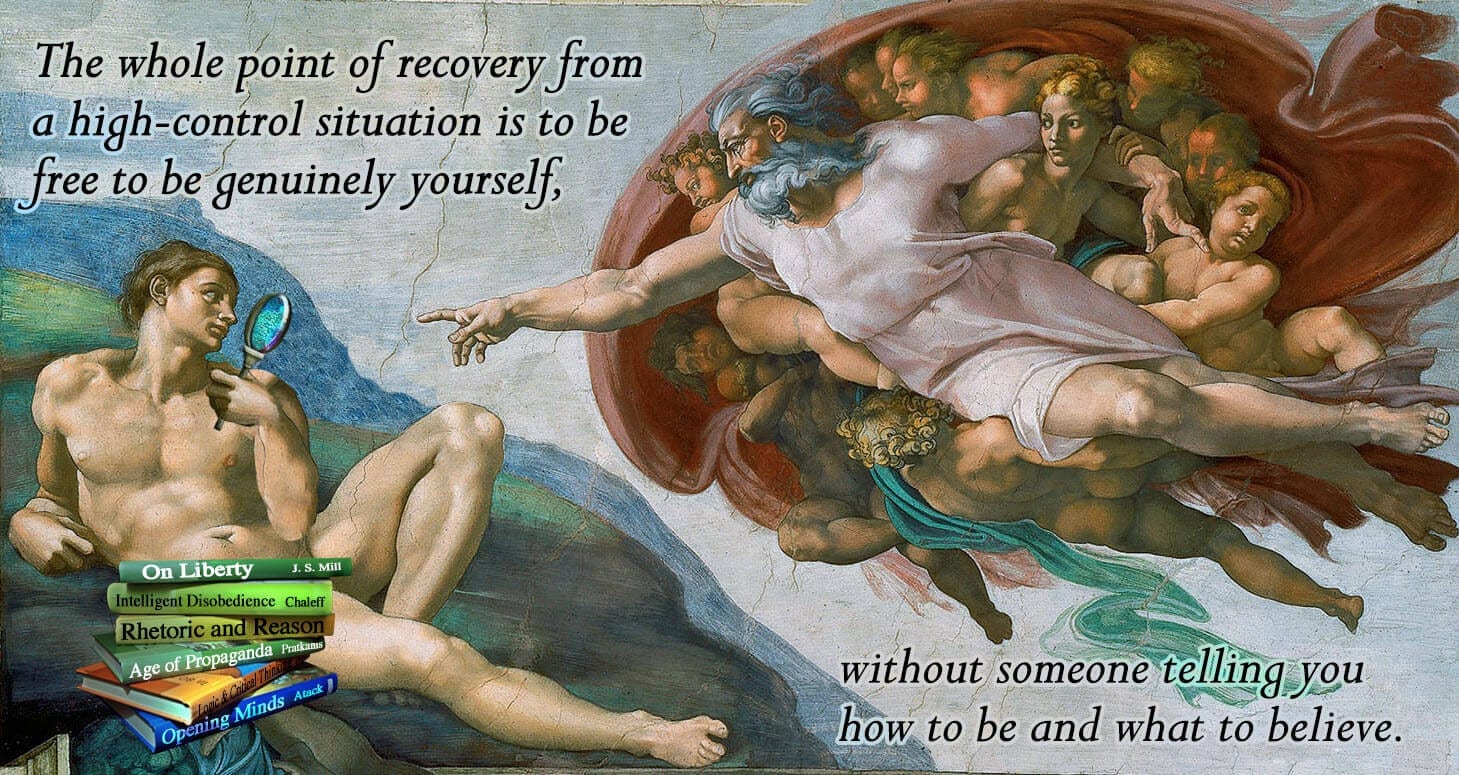 What do you think about this article? Do you agree? Do you have a story about healthy skepticism and belief that you’d like to share? We’d love to hear from you!

Rachel is an experienced counselor, who specializes in high-demand groups and relationships. She has helped hundreds of people to overcome indoctrination. Rachel runs support groups for former cult members. She is the author of Now I Know: kids talking to kids about divorce.