Although this piece originally appeared in “Take Back Your Life: Recovering from Cults and Abusive Relationships“ by Janja Lalich and Madeleine Tobias (2006), the issues are even more relevant today, and much research and thought is still needed about the realities of recovery; we hope our reprinting this here sparks more discussion.

We continue with part two of Alex’s experiences; here is part one.

Part Two: Getting Back on My Feet 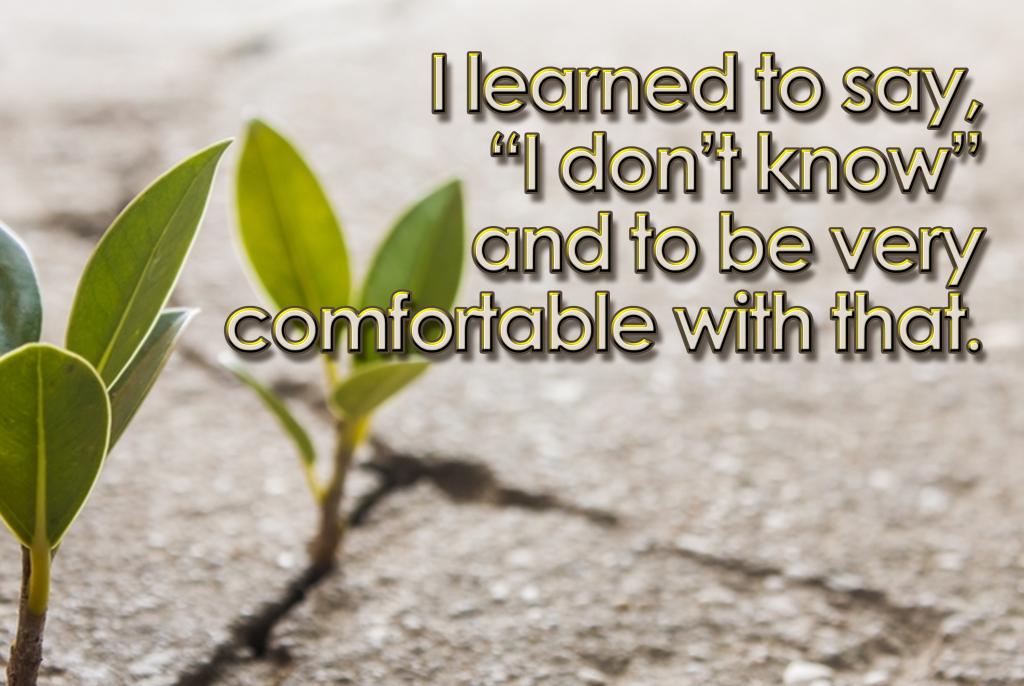 Family Issues: After the immediate crisis, when I had sorted out housing, a custody settlement, and so on, my husband finally did come out of the cult. We tried to get back together, and much of the next year was spent trying to repair our marriage, which ultimately had sustained too much damage. Much of this period was taken up with our deciding, finally, to divorce, and then coping with that transition, which, however, was made a whole lot easier, given that he was no longer in the cult.

Children: Although I was totally committed and connected to my children, I still had to look at my relationship with them. I was told to have kids, and I adopted them while in the cult. I had to sort through and untangle the cult piece of this. I had to establish clearly in my own mind my non-cult relationship to them. This was intellectual work rather than emotional, as emotionally I didn’t doubt our connection. Nevertheless, I had to pick through, deconstruct, if you will, the cult piece.

Postcult Relationship: I got involved with one of the other people who left the O that year. After 10 years of repressing feelings and intimacy, as we did in our cult, it was intoxicating to allow myself to be emotionally close to someone, especially someone who understood what I had gone through. I knew that, for various reasons, it was not a relationship that could last, but we did give each other a great deal of support around the process of recovery.

The Redefinition and Reintegration of Self: Redefining myself began to occur at this point. There were a lot of areas where I had to take stock and try to figure out my direction. I continued to learn about cults. For me, this study happened to mesh with my pre-cult interests, which had already been heading toward social psychology, so I think this was a natural direction for me.

Writing: I began to write soon after getting out, and continued to do so in this period, completing a manuscript about my experience. I got three things from this:

1. Writing about my involvement involved a close review and analysis of exactly how I had been manipulated, so I relived the whole experience, which, while difficult, helped me understand it and integrate it.

2. By the end of writing the book, I felt I could say I was a writer, which was very important in rebuilding a sense of identity that I could call my own.
3. It helped a great deal with the shame I was feeling. I decided early on to “come out” about my cult experience, because I felt that the shame was part of what allows cultic abuse to continue to be a very hidden issue. I was able to more or less turn this around, and, in a sense, be proud, and regard my experience as socially useful, to refuse to be shamed about it. That is why becoming a cult-awareness activist was very important to me.

Interests: Given I’d been in the cult for so long, it was hard to know what I really wanted to do. So a group of ex-members came up with the idea of “toe-dipping.” That was that we simply had to try things, but we could just dip our toes in. We didn’t have to launch ourselves into a full- time commitment, which obviously was very frightening to us. So, dip your toe in to this or that interest. Visit a group. Try a class. We discovered that if we kept dipping our toes in, eventually it was clear that each of us kept coming back to certain areas of interest. It took a long time, but eventually we saw that our interests emerged in this kind of organic way. For me, that was a combination of writing and my study of social psychology.

Identity: The whole issue of identity was, of course, very important. Who am I? What am I going to do with my life? The dislocation that comes with the lost years, that you’ve lost step with others in your generation. How do you deal with having been through this trauma? Can you ever be normal again? I decided I would just have to identify with others who’d been through trauma, whether chemical dependency, death of a loved one, other forms of power abuse, political refugees. It was easier for me to identify with others from complicated backgrounds, but that could be a wide span, not just other cult members.

Beliefs: I had to revisit my politics, which up until that had been shaped by the dogma of the group. There were many parts of this that I actually felt comfortable not resolving. I looked around at the world and saw that (a) no one else seemed much clearer than I, and (b) it was okay to be unclear, to have open questions. I really let go of the need for dogma. I learned to say, “I don’t know” and to be very comfortable with that.  I did, however, gather together some basic values, mostly from the Universal Declaration of Human Rights. I saw and appreciated the need to keep these values as broad, inclusive, and open as possible.

Friends: It was extremely difficult trying to break out of isolation. I worked very hard at this for many years, and had a number of false starts. It took me a long time to find the kind of social strata in which I actually felt at home, as I’d been more or less removed from that by the cult. I ended up finding that I was much more comfortable among artists, writers, intellectuals, and activists rather than, say, corporate and business professionals, which were the kinds of connections encouraged by the cult.
What Helped in The Second Stage

Eight years after leaving the cult, some significant issues remain to be dealt with. Primarily, these have to do with triggers, career, geography, and relationships.

Triggers and flashbacks trouble me from time to time. I think that this will be a lifelong issue, but one that can be handled as long as you can identify that you are being triggered, and then deal with it on that level.

I am still trying to make a career transition. I continue to work at a career chosen for me by the cult leader, and I continue to resent that. However, I am more at peace with it as the years go by and as I develop as a writer and open up new doors for myself in the field of social psychology.

I still live in Minnesota, which is not a place I’d have chosen, yet I feel I have to stay here until my children are grown. There is a sense of rootlessness that predates the cult. However, I have gotten better at deciding to “be here now,” and I am active and involved in my community.

As a single woman with a complicated history, I find that trying to enter the dating world has been daunting. This is normal for many women my age, but the addition of the cult experience makes it yet more difficult. When do you break the news? I’m still trying to learn different ways to answer the seemingly innocent question, “And what brought you to Minnesota?”

On the positive side I can say that:

What Helped in The Third Stage

Finally, I firmly believe that we have to keep telling our stories because it is in these stories that we will understand more and more about this issue. Primo Levi, the Italian writer and survivor of Auschwitz, has written much that is relevant to those of us interested in totalism and power abuse. I think often of the Yiddish proverb he uses in his book The Periodic Table: “Troubles overcome are good to tell .” That sounds about right. 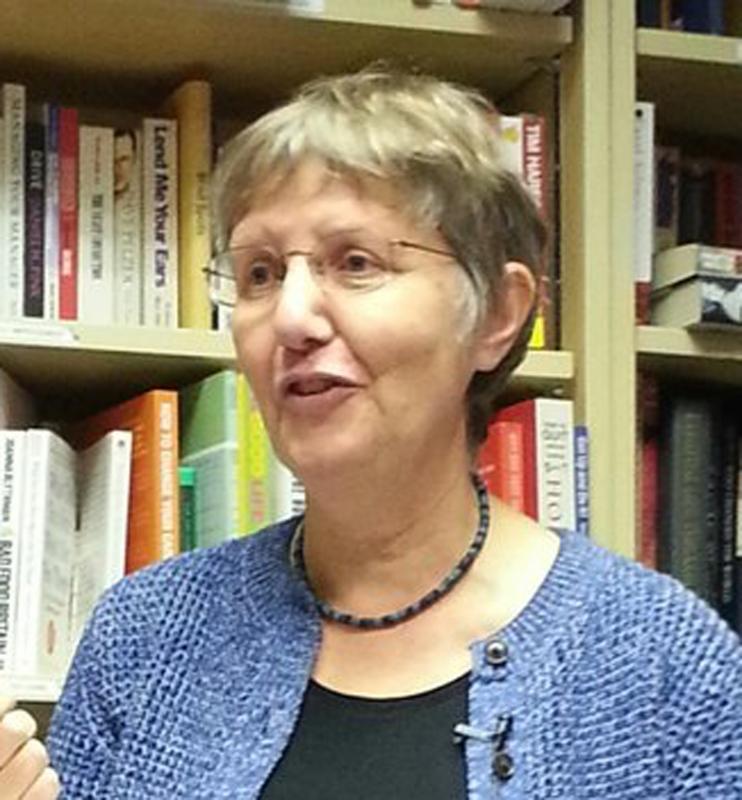 Dr. Alexandra Stein spent 10 years in a political cult in the Midwest. She documented her experiences in her book, Inside Out: A Memoir of Entering and Breaking Out of a Minneapolis Political Cult. She is a former lecturer in social psychology at Birkbeck University and specialises in the social psychology of cults and totalitarianism. She also continues to write creative nonfiction on a variety of less heady topics. Alexandra is a member of the Open Minds Foundation’s Advisory Board. She offers post-cult recovery counselling and occasionally facilitates a support group for former members and others affected by cults.

Be sure to check out her new book, Terror, Love and Brainwashing: Attachment in cults and totalitarian systems.

What do you think about this article? Have you read Alex’s book? Do you have a story about recovery from cults that you’d like to share? We’d love to hear from you!

Alex is a social psychologist. She specializes in preventative education about totalist groups. Inside Out is her memoir of her time in a political cult. Her most recent book is Terror, Love and Brainwashing.