Robert Jay Lifton (b. 1926) developed these criteria to identify the actions of coercive groups using manipulative techniques in order to gain total control over their members. First presented in chapter 22 of his seminal work, Thought Reform and the Psychology of Totalism, this list can be used to measure the level of coercion not only in groups but in relationships, families, and even in whole countries.

Many totalist groups will censor what their members read, watch and listen to, controlling not only the information available, but also how that information is processed. Similarly, a controlling partner will limit access to visits from family and friends, as well as restricting phone and internet use. But it isn’t just information and thoughts being controlled – with such techniques as adjusting the lighting and the temperature of the space, along with other sensory intrusions such as over-potent incense or graphic representations of scriptural violence (martyrdom scenes and the like), even groups and entities not traditionally thought of as abusive can sway our feelings to their benefit, simply by adjusting the atmosphere.

All groups have their own unique slang, and every discipline and even spiritual practice has some jargon, but an abusive group will use its language to separate its people so that you can’t understand them – keeping the new recruit in a constant state of confusion, having to learn a new whole vocabulary just to progress. Also, creating a vocabulary creates a pattern of thought, and messages can be slipped in with ease – any group labeling itself “The Truth” subconsciously tells its members, every time they say the name of their organization: “this is the truth,” making anything the leadership says that much harder to question – in the mind of the inculcated member, the organization is the truth.

“We’ll make sure our system works for you – even if we have to fake it.”

Not everyone has the ingenuity of the popular charlatan who had the kneeler in front of his throne mildly electrified so that supplicants would “feel” his energy, but effect is the easiest thing for a true showman to create. From exploiting lesser-known physiological responses and interpreting them as paranormal phenomena, to doing careful background research on a “mark” and presenting the results as a psychic “message,” manipulative groups and individuals plan miraculous events to happen “spontaneously.”

“It’s true because we say it’s the Truth.”

When it’s a matter of faith, the “facts” become unquestionable. How do we know that this holy book is the word of God? Sacred science happens when the scientific method is being misrepresented or even shunted aside to “prove” such faith-based belief systems such as creationism, the afterlife, dowsing, or even the claims of fallacious health gurus. Whenever a request for clinical proof is rebuffed with “you have to believe to make it work,” or “it’s beyond our scientific knowledge, but it’s true,” you’re being manipulated. 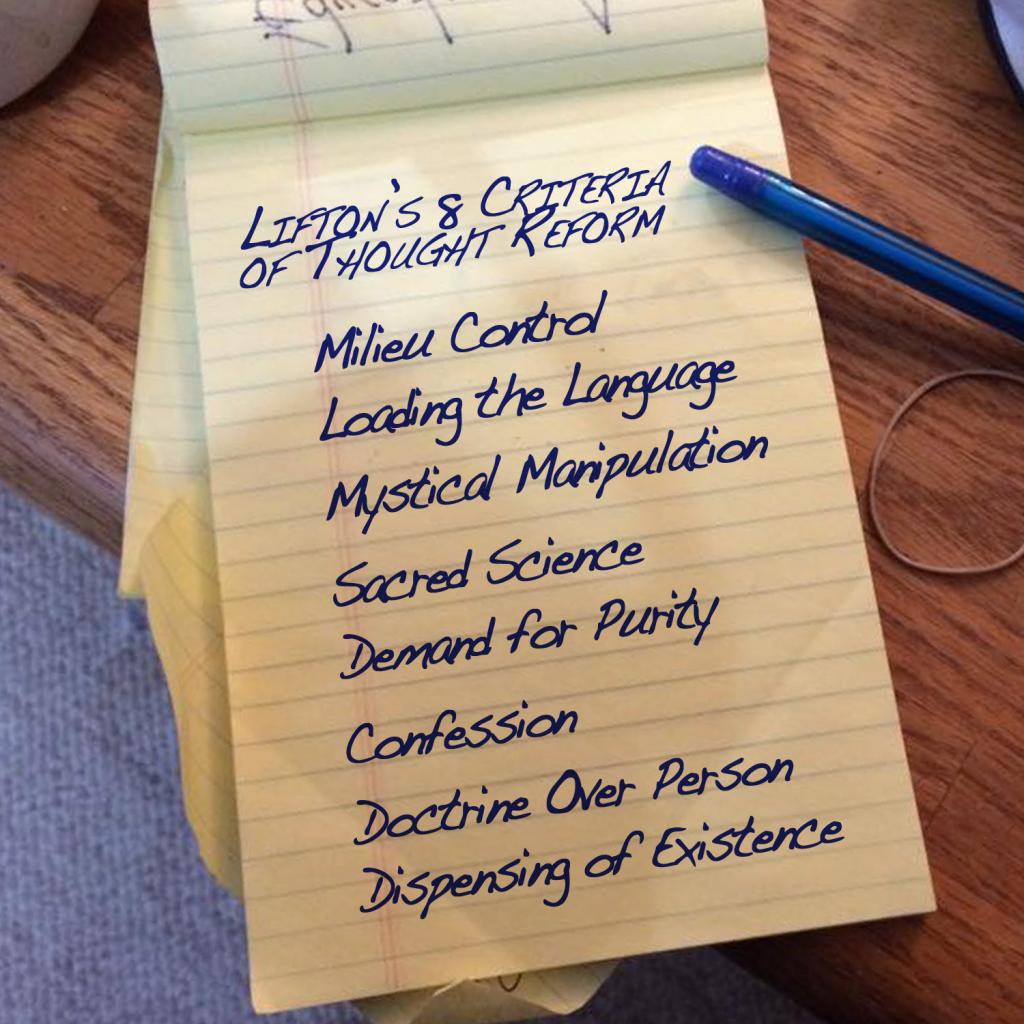 “Only those good enough can ‘get it.'”

Call it original sin, evil intent, entheta, negative energy, whatever – you’re going to have to get rid of what the group tells you isn’t right for you: only then can you reach your goals. From the ‘wrong’ foods to your favorite hobbies, from ‘satanic’ music to your family: when someone else is telling you what you have to give up, whatever you do give up shall never be enough.

“We promise we won’t use your past against you… really …”

Before you found your group, you had plenty wrong with your life. The group will make sure you – and the rest of your fellow members – knows exactly what it was that was wrong with you before they helped you get better. Anything good that’s happened to you shall now be by the leader’s grace – even if it happened before you met (that’s them leading you safely to them), and anything bad that happens to you is the fault of your “wicked” past.

In case of a discrepancy between what you observe and what the scripture says is correct, the group will insist that you must have observed the incident incorrectly. After all, how could you, a mere mortal, know better than the Word of God? For groups with a non-religious focus, the authority of the group will take the place of scripture, but the thinking will be just as rigid: your own observations are incorrect, or colored by your imperfect perceptions; only the leadership has the right information.

“The Truth is worth more than life, especially an outsider’s life.”

You are mortal, just one person. And, compared to the Ultimate Truth, the Will of God, the Course of History, the One True Path, or whatever it is a totalist group is claiming as the only worthwhile cause, the life of just one person doesn’t matter much. And, since they reckon anyone who’s not with them is against them, then, if you’re not one of the gang, your life isn’t worth the charge on your cellphone battery.

Feel free to share, reblog and spread this vital information, especially the printable graphic below. 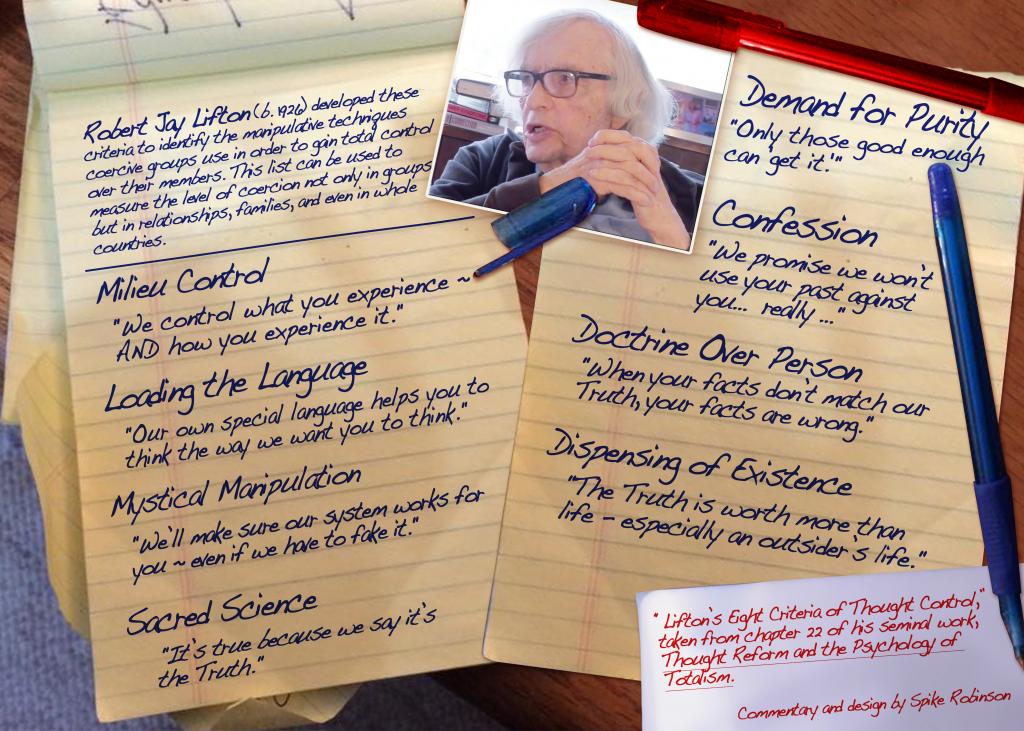 What do you think about this article? Do you agree? Do you have a story about thought control that you’d like to share? We’d love to hear from you!