From infancy onwards, we learn though fairy tales, myths, parables, stories and histories. Whether it be The Little Mermaid or The Cherry Orchard, these stories are a treasure trove that prepares us for the vicissitudes of life. By considering possibilities and eventualities before they arise, we have a more considered response when they do. From Noah’s Flood to To Kill a Mockingbird, we are offered a chance to reflect and learn.

Stories accumulate in skeins to become religions, which are seen as true stories by many of their believers. Whether they are true or not, they are instructive. The god Krishna advises the warrior Arjuna in the Bhagavad Gita. Jesus outlines proper moral behaviour in the Christian gospels. Sufi and Zen stories give us insight into life. The Greek myths gave Sigmund Freud fertile ground for his psychological theories. The ideas of Tao are recast as the Force in Star Wars. The Torah brims over with instructive stories. 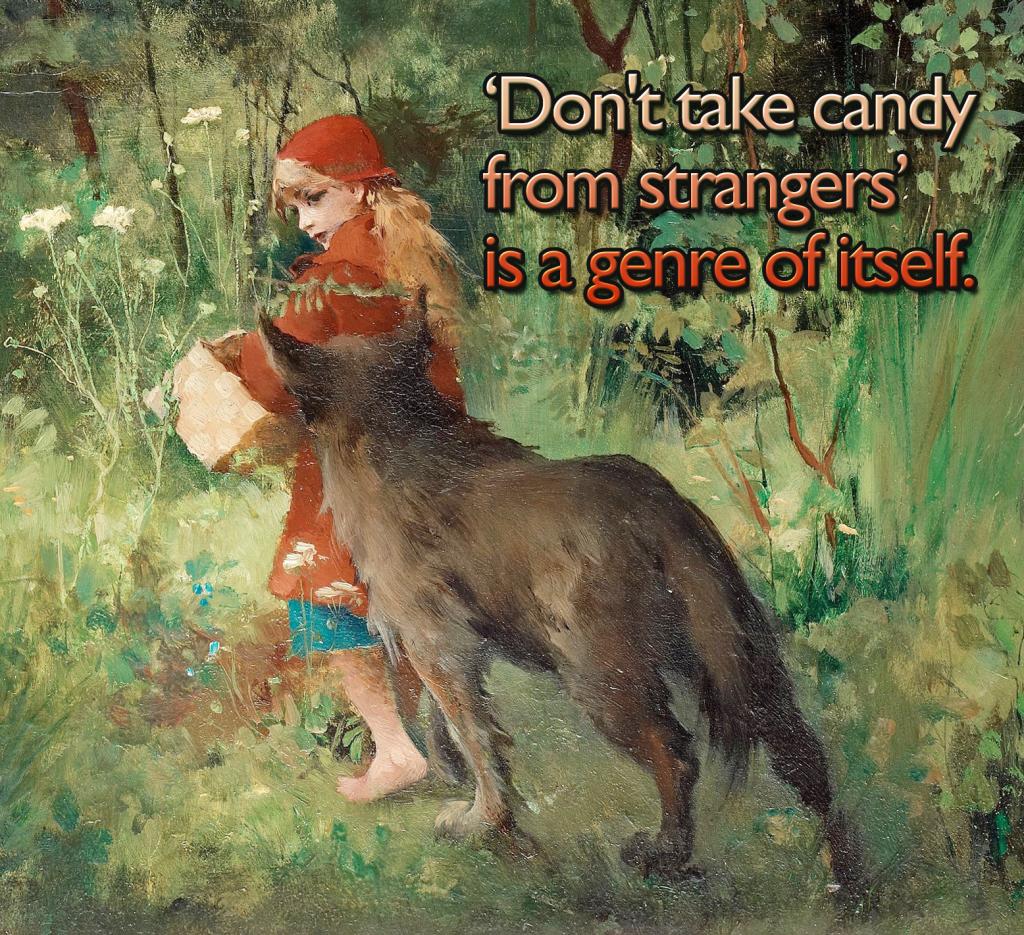 Stories are told and retold – and, as Joseph Campbell pointed out, they need to be renewed in every generation, because they contain vital information about how to live, how to face the triumphs and disasters of life.

‘Don’t take candy from strangers’ is a genre of itself. We hear of the perils of Hansel and Gretel, and are assured in Snow White that we should not accept apples from witches. In Little Red Riding Hood we meet the sociopathic wolf with the great big eyes and the great big teeth.

There are some revelatory books about those wolves in grandmas’ clothing. Experts such as Robert Hare, Kent Kiehl and James Fallon have given intriguing accounts of the anti-social personality, but there are also insightful fictions, like The Talented Mr Ripley and The Killer Inside Me. Truman Capote’s In Cold Blood is a mesmerising and horrifying factual novel. Here we meet criminal psychopaths who take pleasure in our pain.

The lesser form of psychopath – the narcissist – does not come with quite as many warnings. Narcissists are separated from the anti-social personalities in the current Diagnostic and Statistical Manual of the American Psychiatric Association (DSM 5). While they will tend to score high on the Hare Psychopathy Checklist, they are not necessarily sadistic, simply self-obsessed and predatory.

It is alarming to consider that Emory University, assessing 42 past presidents of the USA, determined that every popular president suffered from narcissism. The biographies of monarchs, magnates and dictators provide rich material, from King Canute’s attempts to turn back the ocean’s waves to the life and times of press baron Robert Maxwell.

There are many fascinating narcissists in literature and cinema: Kevin Spacey plays a callous Hollywood producer in Swimming with Sharks. Sinclair Lewis’s study of a duplicitous preacher in Elmer Gantry provided material for the fine Burt Lancaster movie. Steve Martin’s Leap of Faith is based upon the autobiography of a similar but real-life preacher.

We need more stories, more screenplays, more children’s books that outline the selfish bullying character of the narcissist and focus our society on the dangers of these uncaring individuals. 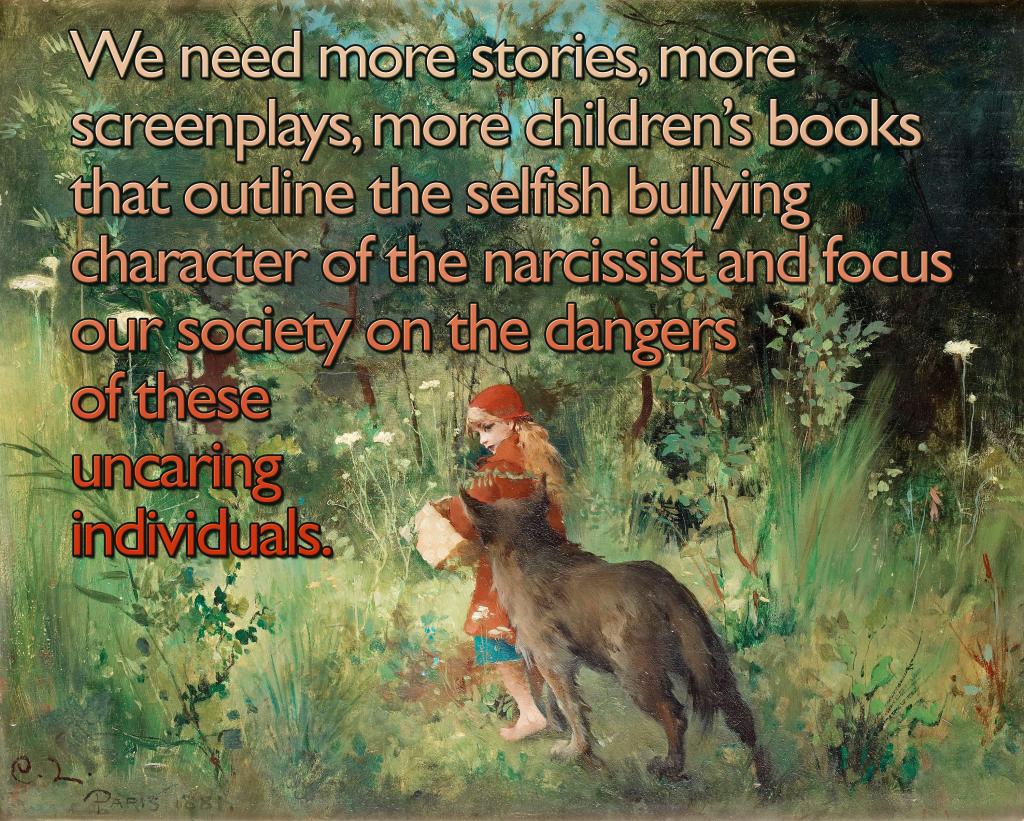 Narcissists become abusive spouses, cult leaders, political demagogues and corporate tyrants. We need to better understand why we fall for their rhetoric, and we need to stop following them, because they do much of the harm in the world.

If we can understand narcissists, we can resist them, and maybe we can even help them to escape their self-obsession and find pro-social outlets for their special talents, as neuroscientist James Fallon has.

Fallon was checking his family members’ brains for early indications of Alzheimer’s and found that one scan had the lack of development in the paralimbic system that he and Kiehl had shown indicates psychopathy. He asked his assistant whose brain scan he was looking at, only to find that it was his own.

Fallon also has genetic alleles that are associated with psychopathy. To top it off, his mother told him that he had seven relatives (on his father’s side, of course) who had been murderers – including the notorious Lizzie Borden.

Fallon accepted the reality of his condition and wrote a remarkable account of it – The Psychopath Inside. He had spent his life believing that all behaviour is genetic, but his discovery showed him that his mother’s care and attention had helped him to rein in the most negative aspects of his condition. He is not only a professor of neuroscience, he also heads two successful biotech companies.

While there is some hope for psychopaths, we all need to learn how to prevent them from ruining our lives and the lives of others – including their own. Accounts in fact and fiction help us to understand the problem better. Like the tales of scripture, our own personal experiences carry powerful and instructive messages. So, if you have a story about a narcissist to tell, why not share it with us through a blog for Open Minds?

What do you think about this article? Do you agree?  Have you read Jon’s new book? Do you have a story about a narcissist that you’d like to share? We’d love to hear from you!