Welcome » Blog » About Exploitative Techniques » Manipulation » Are We More Vulnerable to Manipulation in Groups?

Are We More Vulnerable to Manipulation in Groups?

“Humans are tribal. We need to belong to groups. We crave bonds and attachment, which is why we love clubs, teams, fraternities, family.”

But the groups and tribes we belong to can also make us much more vulnerable to manipulation by narcissistic leaders, which is what Amy Chua’s well-researched and timely book, Political Tribes, is all about. 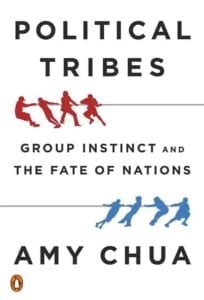 “Once people belong to a group, their identities can become oddly bound with it. They will seek to benefit their group mates even when they personally gain nothing. They will penalize outsiders, seemingly gratuitously. They will sacrifice, and even kill and die, for their groups.”

Getting specific, Chua warns us that terrorism is above all a group phenomenon: it’s a murderous expression of tribal politics. To understand how group dynamics can so twist an individual’s psyche, she states: “Groups not only shape who we are and what we do; they can also distort our perception of objective facts.”

Members of terrorist and fanatical religious groups don’t become killers or shun family and friends overnight. “They are typically drawn in through a gradual process of socialization, indoctrination, and radicalization—with group identity and dynamics playing a critical role at every juncture.”

Other reviewers of the book say it is a clarion call, a page-turner and a revelation that will change the way you think.

The book definitely reads like a cannot-put-it-down encyclopedia with fascinating and expertly-researched information about group dynamics, our tribal instincts and how easily people can be manipulated in a group environment.

We will conclude this post with a Friedrich Nietzsche quote in Political Tribes, “Insanity in individuals is something rare—but in groups . . . it is the rule.”

Political Tribes: Group Instinct and the Fate of Nations is available here on Amazon.