Therapy cults are fronted by predatory individuals masquerade as counselors and psychotherapists who dominate, manipulate & control their clients. There have been numerous cases of sexual and financial abuse by supposed therapists. 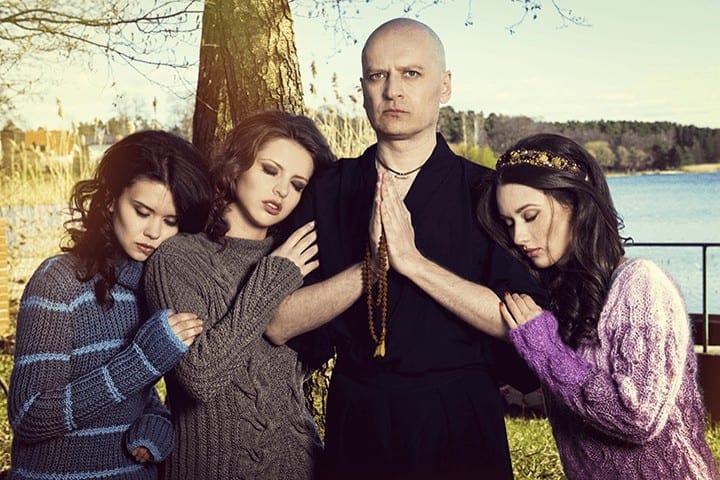 A 1990 survey of more than 8000 certified therapists and patients showed that ten per cent of therapists admitted sexual contact with their patients, even though such contact is prohibited by law in certain states in the US.

Therapists who molest patients inevitably do far more harm than good. There is never any excuse for sexual contact with a therapy client, or any other form of exploitation. An ethical therapist will not accept gifts or ask for favors of any kind. Any unethical conduct should be reported to the relevant professional association and legal advice should be taken. By reporting, you will protect others from abuse.

Psychotherapy cults have spread around the globe and attracted millions of followers. They make outlandish claims to cure serious medical conditions, including cancer and AIDs, insisting that these are “psychosomatic” in origin.

At worst, fake psychotherapy can be deeply harmful, creating the same dependency as any other cultic system, and making the client’s problems worse.

Such therapies are practiced by both cranks and charlatans. Cranks believe their unsubstantiated claims, which are based upon their own experience and opinion. Charlatans are predators, looking to make easy money and manipulate vulnerable people, though some predators come to believe their own cranky ideas.

Therapy cults can overlap into religious beliefs – as they are unable to provide any scientific proof for their claims. There are groups that practice “past life” therapy, and others that focus on belief in UFOs and alien abduction. There are even “future life” therapies.

Followers of Wilhelm Reich practice “orgone therapy“, believing in an intangible energy that can be “accumulated” with the aid all sorts of objects and items of clothing, sold online by both cranks and charlatans online.

In the heyday of the 1970s, there were hundreds of therapy cults based upon the idea that birth could be re-experienced, and believers could be “re-parented” to maturity. Some followers were put into diapers or breast-fed by therapists as part of this bizarre process.

In “scream” therapies, clients are encouraged to express rage through screaming and physical aggression. This can actually heighten aggressive responses, rather than venting them, and if done without proper vocal control, can lead to damage of the vocal folds.

Hypnotic techniques that create euphoria or “reverie” states are frequently promoted and sold. Ethical hypnotherapists understand that their patients can easily accept suggestions and are careful to avoid this. Cranks and charlatans use guided imagination, visualization and hypnosis to convince clients of their own pet theories.

Among New Age beliefs, we find practices ranging from crystal healing and color therapy to magical spells and talismans.

Large group awareness trainings have been with us since the ’60s and should be treated with caution, as they can bring about severely negative reactions.

It is important to check a therapist’s credentials – it is easy to have a certificate printed with an embossed gold seal. Be warned that predators can also obtain proper certification. Check the Internet and contact a professional organization if you have any doubts.

As Singer and Lalich advise in Crazy Therapies, “If something about your interaction with a therapist or counselor doesn’t seem right, trust your gut instincts and go on out the door.”