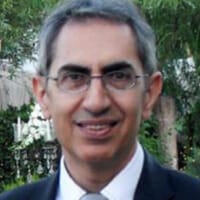 Masoud was born in Tehran, Iran in 1953. He obtained postgraduate degrees in engineering and mathematics in the UK, before joining the Mujahideen-e-Khalq (MeK), an exiled Iranian resistance group, in 1979. MEK, a violent terrorist group that seeks the overthrow of the Iranian government, was possibly the first group to use suicide bombing.

For many years, Masoud represented the group at the United Nations and in the USA. He was forced to abandon his family before he eventually became disaffected with the group and its unethical activities. In 1996, he escaped, and now lives in the United Kingdom, working to raise awareness of undue influence and its use in terrorist groups. Masoud has pioneered work that shows the similarities between terrorist groups and other totalist cults. He has written about his awful cult-like experiences in Masoud: Memoirs of an Iranian Rebel and Destructive and Terrorist Cults: A New Kind of Slavery.