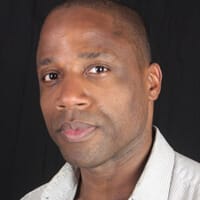 Filmmaker Gregorio Smith is a graduate of Baruch College and a member of The International Documentary Association. His feature-length documentary, Truth be Told, is about growing up in the Jehovah’s Witnesses. The abuses explored in Truth be Told are part of a wider examination into the culture of undue influence within the Jehovah’s Witnesses, which continues to violate the basic human rights of members and their families worldwide. Cognitive scientist Daniel Dennett of Tufts University applauded the film, saying, “What drives Jehovah’s Witnesses? This candid documentary shows enough of the inner workings to serve as a warning.”

Gregorio’s films have screened to international audiences and been covered in the New York Times, Gothamist.com, Die Welt, the Huffington Post, and other publications. He is the founder of Smithkraft Productions, an independent multimedia production company.