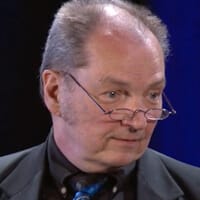 Christian became involved in helping emerging members and ex-members of extremist and totalist groups in 1973 while still living in the USA. After moving to the UK in 1976, he worked alongside several existing organizations before founding the DialogCentre UK, which helps to undo the harm caused by destructive belief systems, provides information about manipulative influence and guides ex-members to recovery and growth after spiritual and psychological abuse.

Christian has helped thousands of cult survivors and their families, and is one of the world’s foremost experts on the mechanics and patterns of undue influence. He spoke at the Getting Clear conference in Toronto in 2015.