The Eagle and her Suitors – a Fraudster’s Empty Promise

Once there was a beautiful Eagle, who wished to marry a powerful mate; several suitors flocked to her, each telling her of their prowess.

The Hawk said: “You should marry me, for I can catch plenty of fish and rabbits, and any other small prey you desire.”

The Albatross said: “I cannot catch as many animals as the Hawk, but I can bring down bigger prey. Choose me, and together we can hunt any beast, on sea or land.”

The Jackdaw said: “Forget a diet of small creatures, and forget having to hunt at all! I am such a powerful hunter, I will bring you an elephant for our wedding breakfast. Choose me, and I will hunt lions and tigers for you.”

The Eagle was so impressed by the Jackdaw’s words that she immediately dismissed all her other suitors, agreeing to marry the Jackdaw at once. 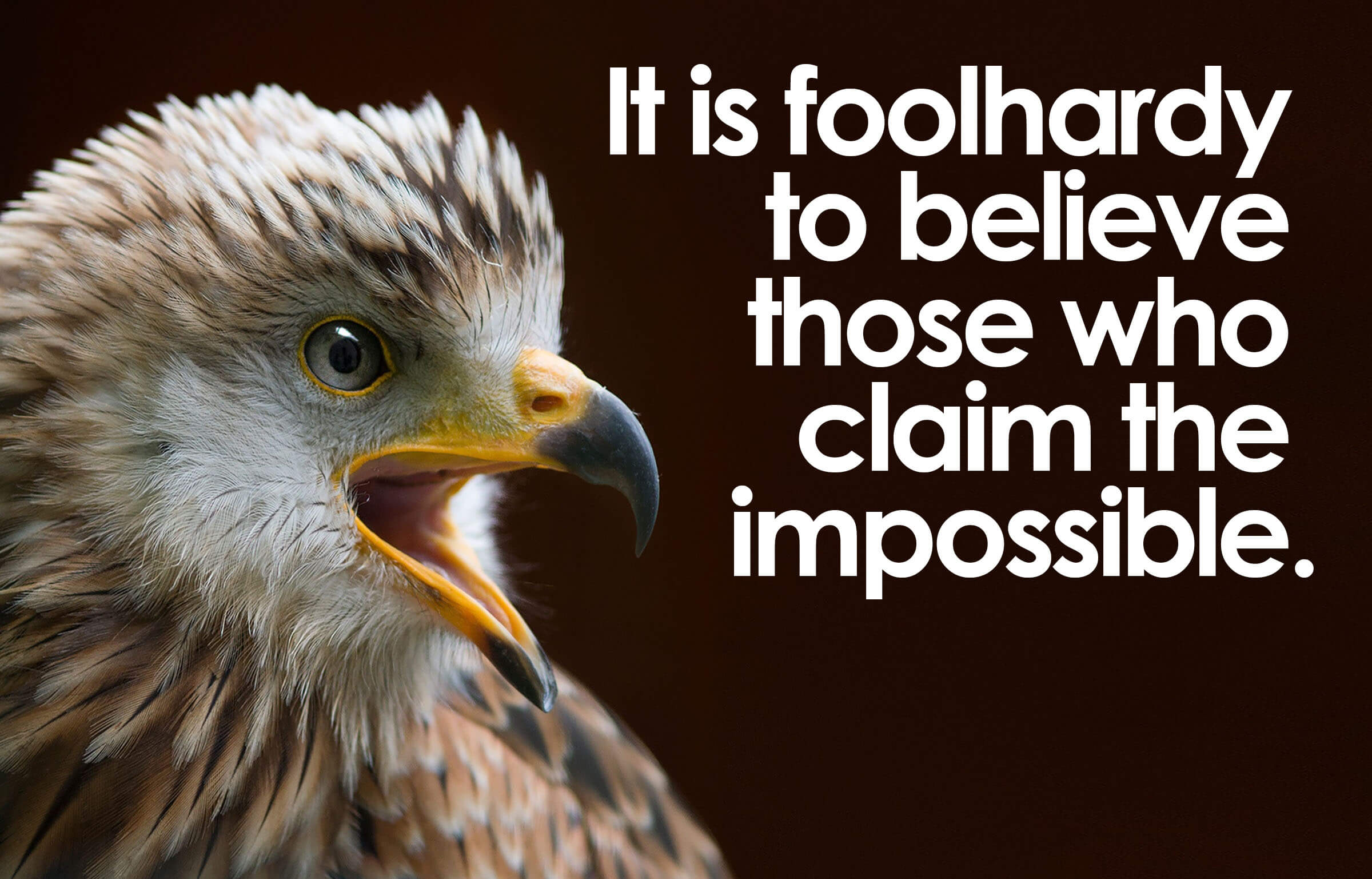 On the morning of their wedding, the Eagle reminded him of his promise to bring her an elephant, but the Jackdaw laughed, saying, “It was easy to promise more than your other suitors, to win you. But my promises were as empty as your stomach is now; it is foolhardy to believe those who claim the impossible.” And with those words, he flew away, never to be seen again.

Many predatory groups and manipulative people will promise to solve all of your problems; spiritually abusive groups are a prime example of this, but are not the only ones who claim the ability to give you amazing gains – complete fulfillment, enlightenment, even supernatural powers – if you join their ranks. An honest friend or group will not promise anything they cannot deliver, and so their claims of what comfort or wisdom they can provide pale alongside the stellar results promised by a con artist or cult leader.

In practicing healthy skepticism, it is always good to consider what you’re being promised – and just how likely those results are, in the real world.

What do you think about this article? Do you agree? Have you read Spike’s dystopian novel? Do you have a story about an empty promise that you’d like to share? We’d love to hear from you!