Online grooming is a dangerous form of undue influence. It is likely that someone you know is being groomed. Online grooming hijacks a person’s loyalty and separates them from their usual support systems. It happens for many reasons: Internet cults divide people from their families; health gurus sell useless or harmful potions; sex traffickers groom youngsters; pedophiles search out victims; and tricksters groom would-be entrepreneurs into pyramid and Ponzi schemes destined to empty wallets and wreck lives; terrorist groups recruit idealistic people of all ages to perform suicide missions. Online grooming is not unique to teens. 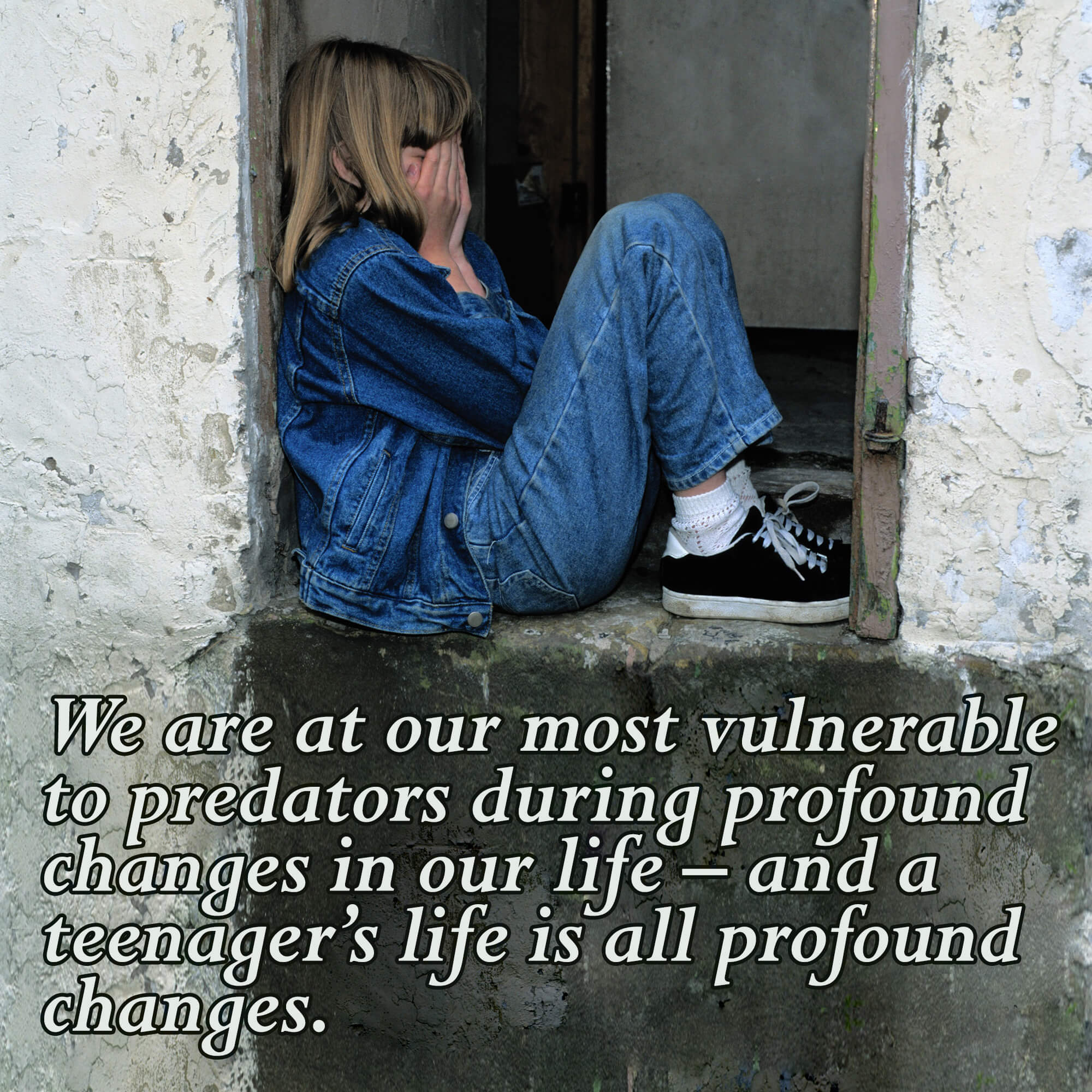 But, while we are all vulnerable, we are at our most vulnerable to predators during profound changes in our life – and a teenager’s life is all profound changes. Much of a young adult’s social interaction will happen on the Internet, where the opportunities – and the people offering those opportunities – will be virtually endless. Many opportunities will be good, and most of the people honest. However, a predator will not look any different – at first – from any other new friend, and a dangerous group will do its best to seem like it’s the safest place you could possibly be.

So how can you tell when a friend is in the clutches of an online predator? There are some tell-tale signs. Remember, just one or two of these don’t necessarily mean that your friend is in trouble, but enough of these red flags occurring together might well be a sign that something isn’t right.

You feel that something is not quite right, but you can’t put your finger on it. This is completely valid: we’re bombarded by sensory input from all directions, and most of it slips in below our conscious notice – including dozens of warning signals. If those subconsciously perceived warnings didn’t manifest as a gut reaction of danger, our species would have died out long ago. So, explore that hunch that your friend’s gaming buddy is creepy, or that your sister’s Bible Study group is becoming a bit too intense – then look deeper to find out why you feel that way.

2. There’s no time for anything else.

One of the chief hallmarks of any abusive group or relationship is the way they drain away your time; former cult members agree that they were often simply too busy to think about anything else. An exploitative Bible-based group may keep its members rushing to “perfect” themselves before Armageddon; multilevel marketing groups push their agents to use every moment to sell, sell, sell; a sexual predator will use emotional blackmail and the pretense of jealousy to keep a victim from spending time with anyone else. The concert or party that you and your friend have looked forward to for months is no longer important; the only thing that matters now is this new person or group.

When 14-year-old Breck Bednar was being groomed by the man who would eventually lure him to his death, he often frustrated his mother by refusing to do as she asked, using his Internet mentor Lewis Daynes – his murderer – as the reason for his disobedience. “Lewis says…” became the standard opening to many of his sentences. We normally quote people who make us think, but ideally, more than one person should be offering us answers. When your friend begins quoting an Internet guru (and nobody else) with every other statement, this is clear cause for alarm.

4. They’ve become someone else.

Young adulthood is a time to try on many different roles and adopt all sorts of new ideas. However, if a teenager, in trying on a new identity, and completely breaks with their old “self,” this is cause for concern. Any healthy philosophy, religion, or romance allows for a weaving together of the past and the present; the mentor, lover, or religious leader who demands your complete detachment from everything and everyone in your “previous” life is never going to be a good influence.

5. They show symptoms of psychological abuse.

The most important words in this list are “extreme” and “sudden” – we all change over time, but abrupt, excessive shifts in personality and behavior are usually the best warning that something is wrong.

6. The person or organization seems “fishy” to you.

A groomer will drive a wedge between the victim and their caregiver, so sometimes a parent will be the last to know what is really going on. As a friend, however, you can see details a parent will not. Is this new person controlling? Do they make grandiose claims and promises? Do they constantly criticize your friend’s family, their former beliefs, your school, or your teachers? Do they give your friend expensive gifts, or buy them things teens can’t buy for themselves, such as drugs, alcohol, or adult-rated video games? Do they demand secrecy from your friend? If your friend sneaks around to take part in a new relationship or organization, this is a giant red flag; in normal circumstances, no honest person or group needs to hide from public scrutiny.

So What Can You Do? 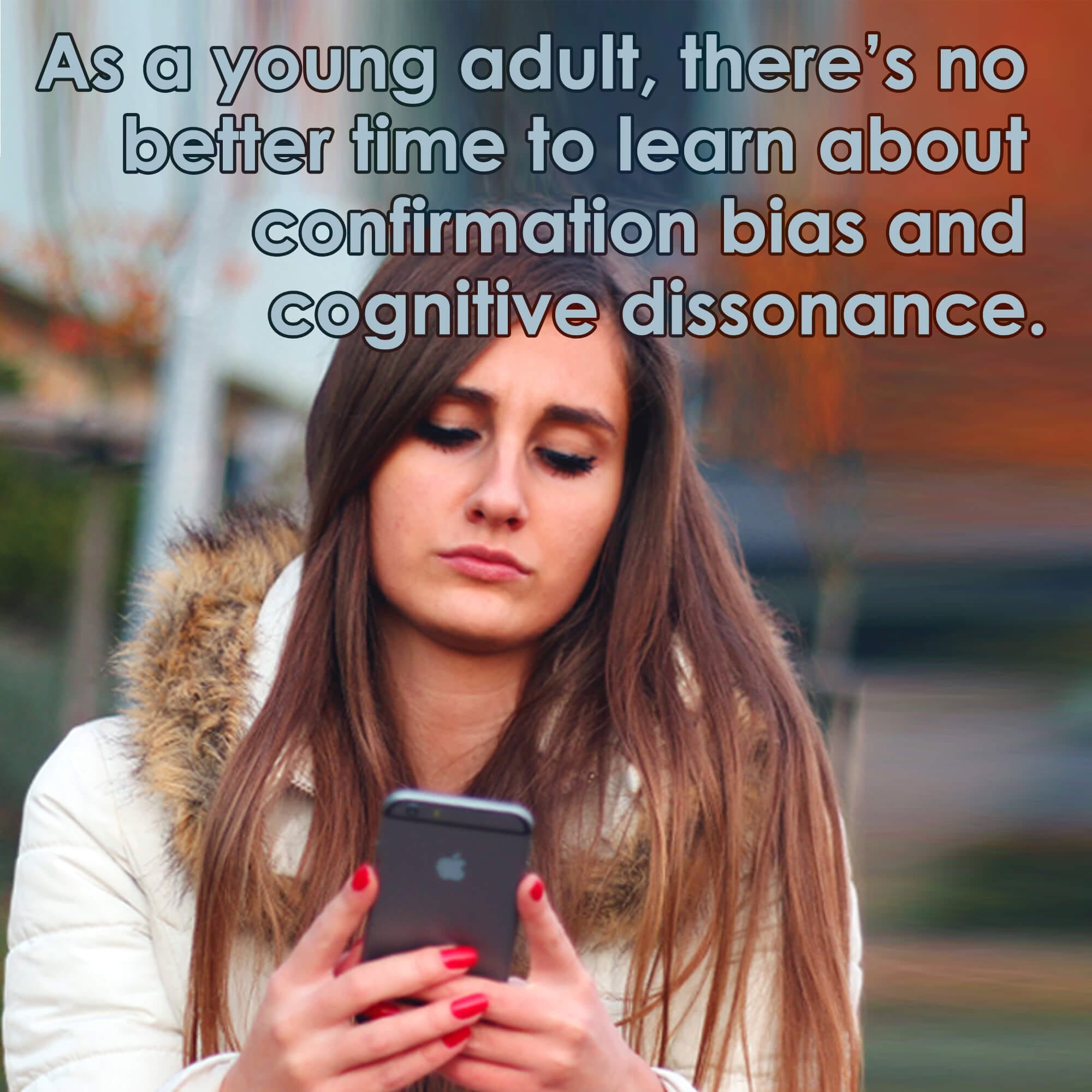 As a young adult, there’s no better time to learn about confirmation bias and cognitive dissonance. Just as your parents’ disapproval of your new boyfriend or girlfriend only strengthens your commitment, telling your friend that you think they’re in danger simply won’t work. You want to maintain the connection, and we all tend to avoid people who constantly criticize us. Be friendly and listen: being argumentative and judgmental will not help.

You might not be able to tell your friend anything, but you can keep asking open-ended, curious questions, keep encouraging them to engage in activities that have nothing to do with the new group or relationship, and, above all, you can be there for them, as a friend. It is also a good idea to remind them of good times with family and friends before the new relationship began.

You can find a more definitive list of do’s and don’t’s here, but simply letting someone know that you care, no matter what, speaks volumes: when things go wrong, your friend will turn to you for the help they finally know they need.

What do you think about this article? Do you agree?  Do you have a story about online grooming that you’d like to share? We’d love to hear from you!