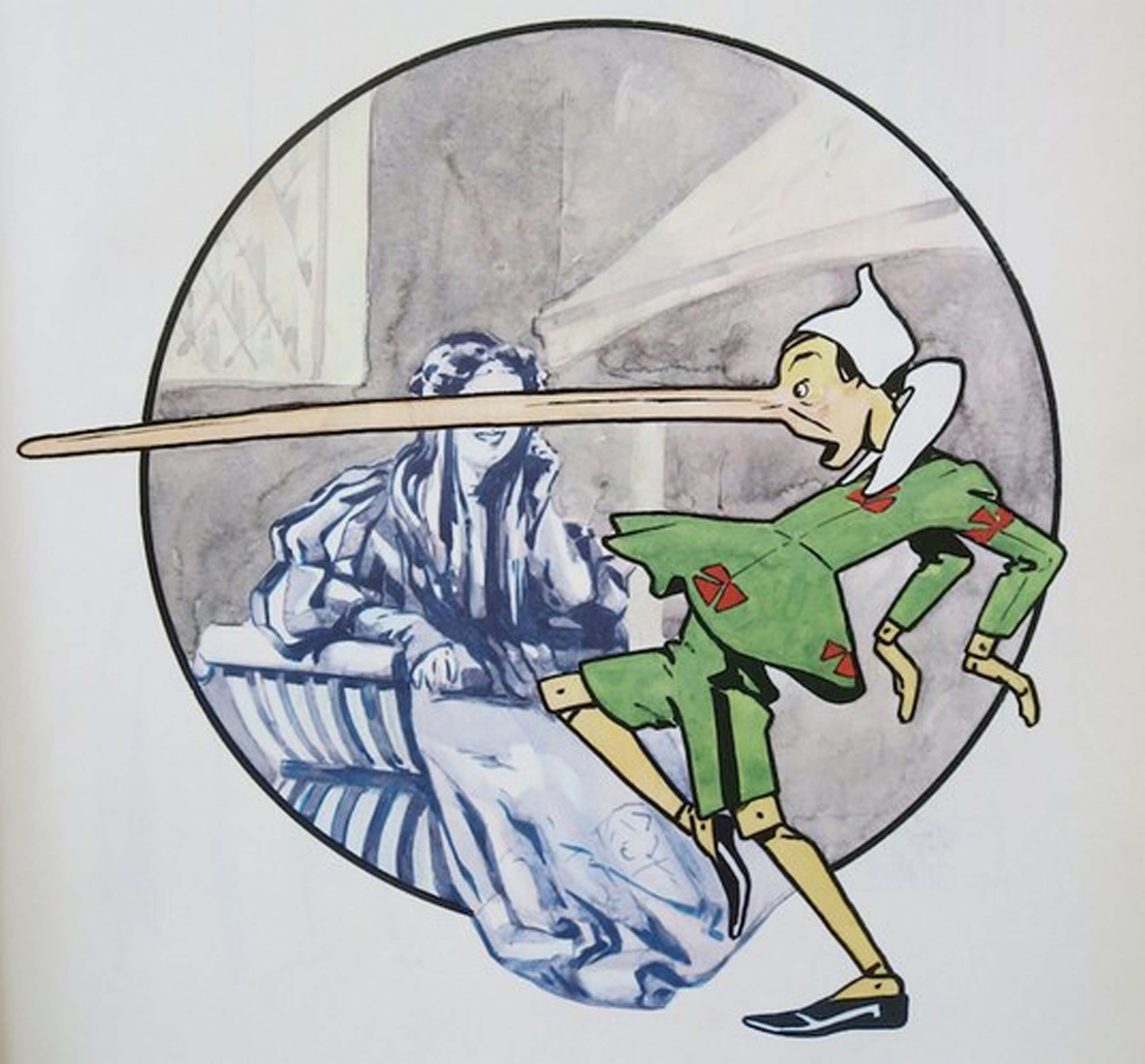 We remember Pinocchio for his habit of lying, and the way his nose grew in response. But even without his lengthening nose, the marionette’s lies generally fooled no one. Pinocchio, on the other hand, was constantly fooled by the lies of others: Carlo Collodi’s classic novel is much more than a cautionary tale on the value of telling the truth – it is also a parable about the lies used by con artists and predators to manipulate the unwary.

The characters of the Fox and the Cat are seasoned conmen: to gain sympathy, the Fox pretends to be lame, leaning on the Cat, who pretends to be blind (Ted Bundy used a similar gambit to prey on his victims, faking an injury to appear vulnerable, taking advantage of their natural desire to help). 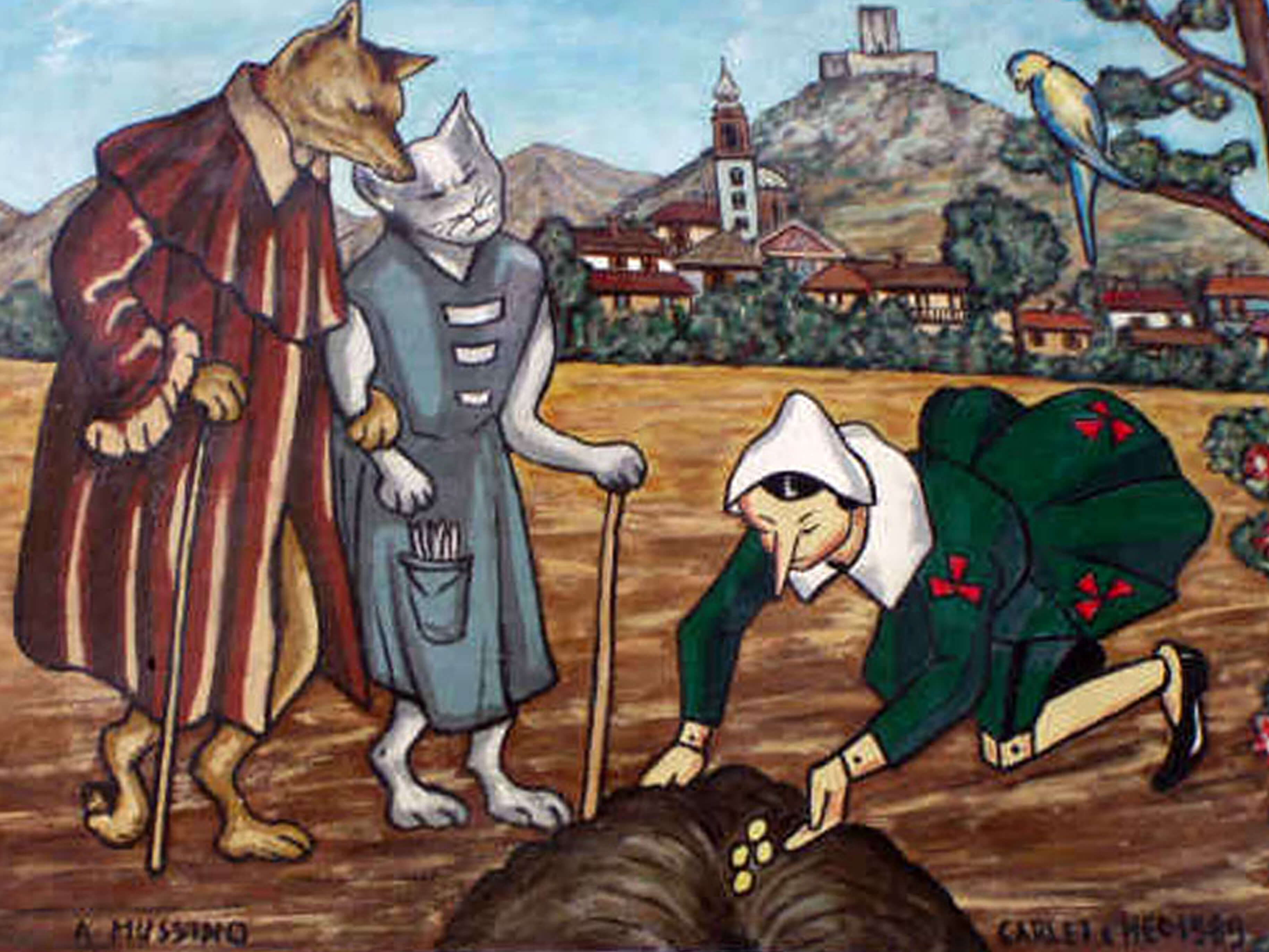 The naïve marionette is so sympathetic to the plight of the Cat and Fox that he does not question how the sightless cat can nonetheless catch and kill a sparrow who attempts to warn Pinocchio – an action reminiscent of any abusive person or group silencing a critic.

The Fox and the Cat not only play on Pinocchio’s sympathy, but his greed: telling him about the Field of Miracles, where buried coins magically multiply by tenfold, they persuade him that he will be able to turn a handful of coins into a fortune. When the marionette says he should first return to his father, they reply that he must go there immediately, as the field will soon be closed to the public – using the “buy now” strategy of urgency, a hallmark of any scam. Of course, it’s all a ruse: the Fox and the Cat dig up and abscond with Pinocchio’s money – and Pinocchio learns, too late, that anyone promising overnight rewards for little or no work is most likely a fraudster. 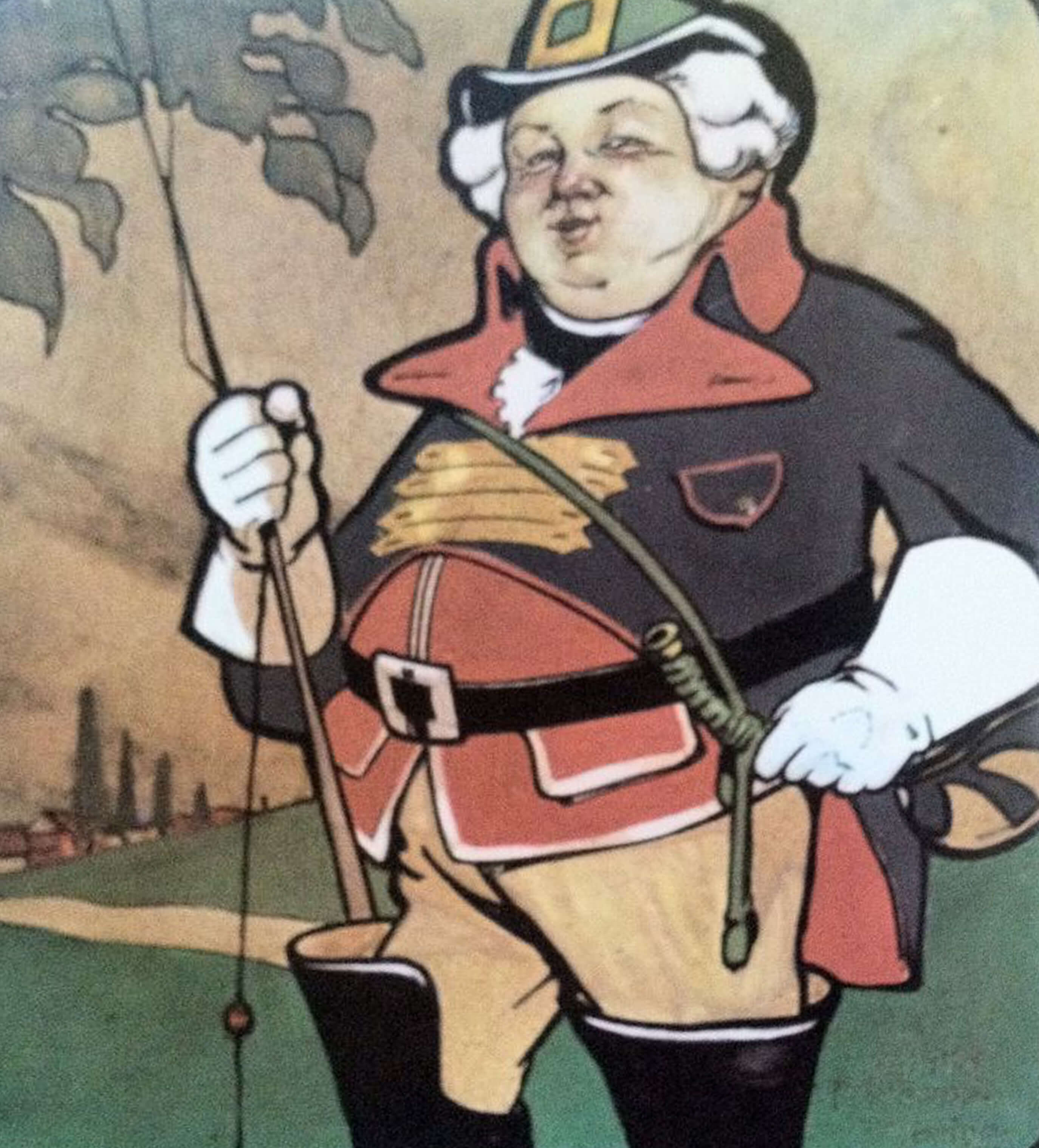 This is not the last time that Pinocchio falls for something “too good to be true” – later in the story, a friend convinces the marionette to come with him to the magical Land of Toys, where boys can play all day, without teachers or parents to spoil the fun. The rotund Coachman who transports runaway boys to this magical realm seems to be benevolent – but he is, in reality, a kidnapper who lures children to his private city, where, after a few weeks of constant enjoyment, they turn into donkeys, which he then sells to circuses, farms and mines. Aside from the fantasy element of turning boys into donkeys, the Coachman is a classic example of a trafficker, grooming and enslaving children for profit. Like the Cat before him, he silences any criticism, biting the ears off an already transformed donkey-boy who tries to warn Pinocchio of the Coachman’s true intentions. 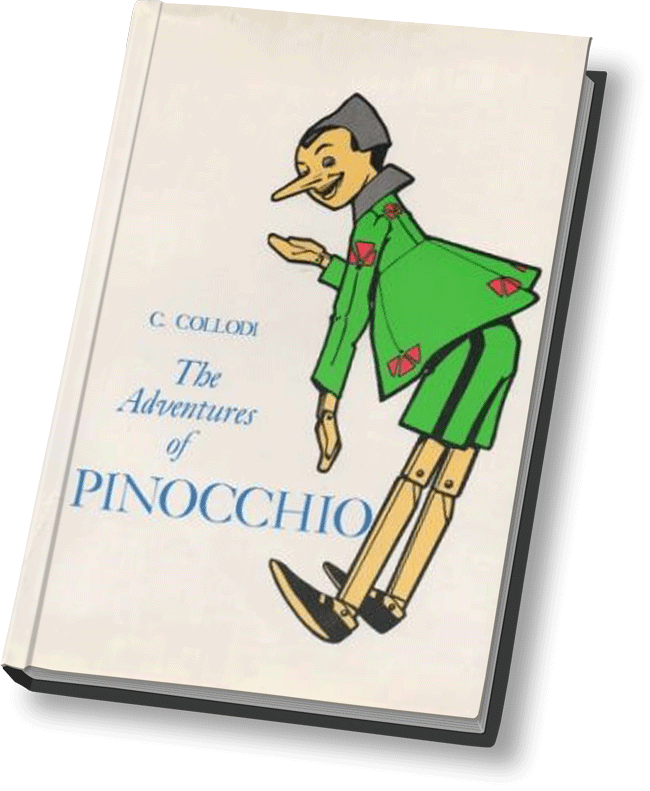 Unlike the sunny, upbeat Disney version, Collodi’s original follows Pinocchio through a much darker and perilous journey, but in all versions of the story, the lies told to the marionette by the various tricksters he meets hold valuable lessons for anyone wishing to master healthy skepticism. Fraudsters may not have noses that grow, but they do have common tricks we can spot – and learn to avoid.

What do you think about this article? Do you agree? Have you read Collodi’s original Pinocchio? Do you have a story about spotting a fraudster’s lies that you’d like to share? We’d love to hear from you!