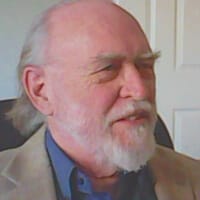 Robert grew up as a Jehovah’s Witness and, at age 8, he became what he calls “a high-flyer”. He was appointed Group Study Conductor at 17, Special Pioneer and Theocratic Ministry School Overseer at 19 Ð and was disfellowshipped for “apostasy” at 21.

Robert studied chemistry after escaping the Watchtower, but soon transferred to Lancaster University to study philosophy and linguistics. He retained an interest in religion, which led to his eventual acceptance as a candidate for the Methodist ministry. He took a degree in Biblical studies at Cambridge. After ordination, he undertook part-time post-graduate research at Durham University. His research topic was the origins and development of the Watchtower doctrine of the millennium, which led to his first book, Counting the Days to Armageddon.

Robert was very much at the liberal end of the spectrum of belief through his years as a Methodist minister. After retiring, he wrote Leaving Gilead, a novel about two women rebuilding their lives after growing up in a JW-like religious fringe group.

Robert is currently working on a new book in which he explores the possible pre-literary origins of some of the Biblical narratives, using the techniques of the story-teller rather than the religious practitioner.