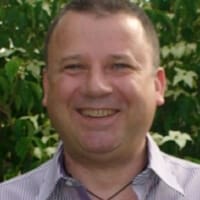 Patrick grew up as a Jehovah’s Witness, spending forty years in that high-control group. He left with his family in 2010, when they learned that the group was protecting pedophiles from prosecution, and realized the deceptions in the doctrine, the financial abuses of the organization, and the mistreatment of members. For expressing his opinion on these issues, Patrick was disfellowshipped by the Jehovah’s Witnesses for apostasy in 2011.

Since leaving the religion he has been a strong force in helping those who leave the religion to recover from the damage and isolation inflicted by the religion. Patrick and his wife have given many lectures in schools and to interested groups, warning about the coercion used by high control, totalist groups. He also helps awakening Jehovah’s Witnesses and those still caught in the group’s thought patterns even years after leaving.

He is a successful businessman, who devotes a large proportion of his time to helping others. Patrick loves nothing more than helping people to dismantle the guilt and fears induced in them by totalist groups, and helping them take back control of their lives. Recently, his profound sense of justice led him to file a criminal complaint against the Jehovah’s Witnesses in Belgium, contending that: “shunning as exercised by Jehovah’s Witnesses is a violation of both human rights and Belgian law”.