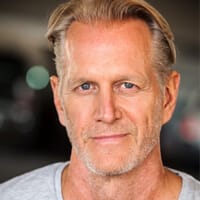 Hoyt Richards was a member of a high-control group Eternal Values for 17 years, becoming America’s first male “supermodel” despite his involvement. He was told that if he left his life would become a complete disaster and that he wouldn’t live much longer, because of his “betrayal”. He left 18 years ago and now has a successful career as an award-winning film-maker, writer and actor.