Radicalization – the use of undue influence or manipulation to create terrorists – is widely misunderstood as an aspect of the Muslim faith. This simply is not true: the vast majority of Muslims abhor terrorism. In fact, militant Wahhabi “Islamists” make up less than half a percent of the Muslim population.

Daesh/ISIS and Al Qaeda want to generate hatred of Muslims in the western world, to make radicalization easier. Anyone who mistakes their actions for those of the Muslim community is simply feeding radicalization.

The process of radicalization is also misunderstood by some academics. Some experts, including sociologist Scott Atran and psychiatrist Marc Sageman, say that there is no “brainwashing” involved in radicalization. Instead, they propose the “bunch of guys hypothesis”, saying that a group of young Muslims get together to play soccer, go out for pizza and complete their social life with a suicide bombing.

This assessment ignores decades of well-validated psychological research. While it is true that fanaticism can be generated within a culture, it is also true that most of the Islamist terrorists from the West – including the 9/11 hijackers – were not raised in such a culture – they were most often recruited either in university or in prison. And the process of recruitment was far more elaborate than playing soccer and eating pizza.

Actual radicalization is the systematic use of thought reform to divide Muslims from western culture; the process grooms them to hate anyone who does not share their belief system. As with any dangerous cult, radicalized Islamists become convinced that they are superior to anyone outside their group. They believe they have divine permission to commit atrocities. 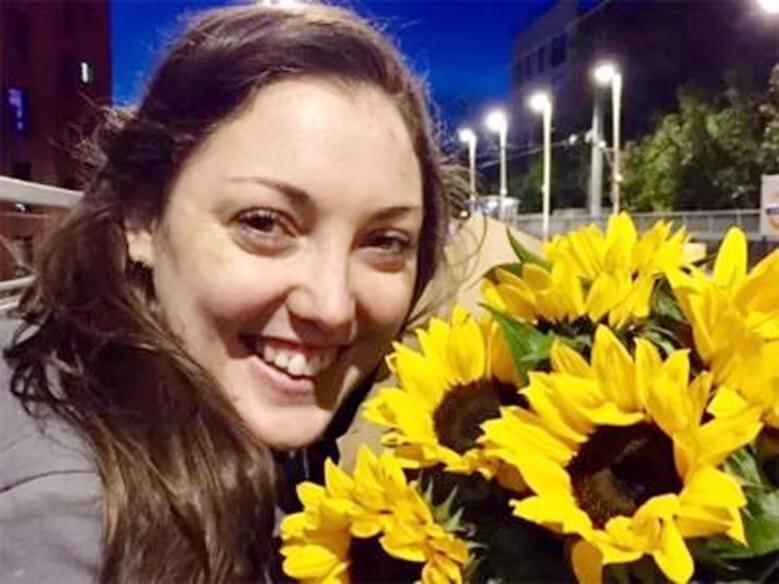 Fallen Hero: Kirsty Boden bravely gave her life rushing to save others in danger

In the last few months, we have witnessed a series of terrorist attacks in the UK. Westminster Bridge, the Manchester Arena and the London Bridge attacks were all carried out by fanatical thugs. Thankfully, both the police and the public responded quickly and courageously to limit the damage these thugs were able to make. Australian nurse Kirsty Boden lost her life, because she ran towards the carnage in the attempt to help others. We should recognize and remember her selfless bravery.

But, what can we do to prevent radicalization? Once we recognize that terrorist groups use the methods of other dangerous cults, and their members show the same fervor as any other high demand group, we can proof people against their methods of seduction and recruitment.

A dangerous cult can be defined as:

‘A group or movement exhibiting a great or excessive devotion or dedication to some person, idea, or thing, and employing unethical, manipulative or coercive techniques of persuasion and control designed to advance the goals of the group’s leaders, to the possible or actual detriment of members, their families or the community.’[i]

The processes used by responsible exit-counselors with members of dangerous cults are applicable to terrorists. Jemaah Islamiya was considered Al Qaeda’s outpost in Malaysia and Indonesia. It was responsible for the Bali bombings. It was taken apart when leading member Nasir Abas was exit-counseled by an Islamic scholar who showed him that terrorism has no part in Islam. Now willing to end the violence, Abas gave away the safe houses and the weapons caches of this group.

The process of exit-counseling has proved to be far more effective than the use of torture by US interrogators, yet it has still not been adopted by security services who continue to rely on interrogation rather than exit counseling.

When I am asked what I would say to a group of young Muslims to help them resist the seduction techniques of terrorist recruiters, I say that I would share with them exactly the same principles that I share with anyone who is concerned about fanaticism in high demand groups or abusive relationships.

It took seven or eight years, but, by 1991, I had learned how to disarm the fanatical notions of Scientologists, and members of other socially harmful groups, by engaging them in a conversation that lasted a single day. My interest in terrorist groups began at that time, because I realized that fanatical belief follows the same pathways in any individual – whether it is belief in a religion, a political system, or even commercial or therapy systems: it is human nature. Those principles are explained here on the Open Minds Foundation’s website, and explored in some detail in the book, Opening Minds. I am convinced that normal psychology is the starting point for any understanding of human behavior. We act differently in group or crowd situations than we do as individuals. We respond to emotional cues and are all too easily swept along by our feelings.

Complicating matters further, a few people are highly manipulative and predatory. They care nothing about their victims and have learned to use processes of undue influence, thought reform or radicalization to dangerous effect. In order to prevent radicalization, we have to learn how to recognize these people and their methods, and we need to encourage better critical thinking skills.

The findings of thousands of psychological studies are plain: it is possible to influence people by disengaging their critical process; but this is not taught in our schools and colleges, so young people fall prey to manipulators, including terrorist recruiters.

Deliberate thought reform is most certainly an aspect of the recruitment process. If we teach our children to recognize predators and their methods, we can greatly reduce the power of terrorist organizations. This is our core message at the Open Minds Foundation.

What do you think about this article? Do you agree? Have you read Opening Minds? Do you have a story about radicalization you’d like to share? We’d love to hear from you!

[i] Definition formulated, in 1985, at a Conference on Cults and Society arranged by the American Family Foundation, chaired by Professor Louis Jolyon West, M.D., cited by Singer & Addis, Cults, Coercion, and Contumely, published in eds. Kales, Pearce & Greenblatt, The Mosaic of Contemporary Psychiatry in Perspective, Springer-Verlag, NY, 1992. Also cited in West & Martin. See Singer & Lalich, Cults in Our Midst, for a thorough definition of ‘cult’ attributes.