The regulation of guns is a sticky subject, politically and emotionally, especially in the United States. As I write this, the country is, sadly and inevitably, between mass shootings: there have been many, and there will be many more. Unfortunately, it is one of the few certainties for future news reports. I’m reminded of Billy Bragg singing “…we are between the wars”. [Since this article was submitted for consideration, there have been 15 shootings involving 4 or more people in the US ~ed.]

So, aside from all the lobbying from vested interests, where is the undue influence? A couple of ideas come to mind. 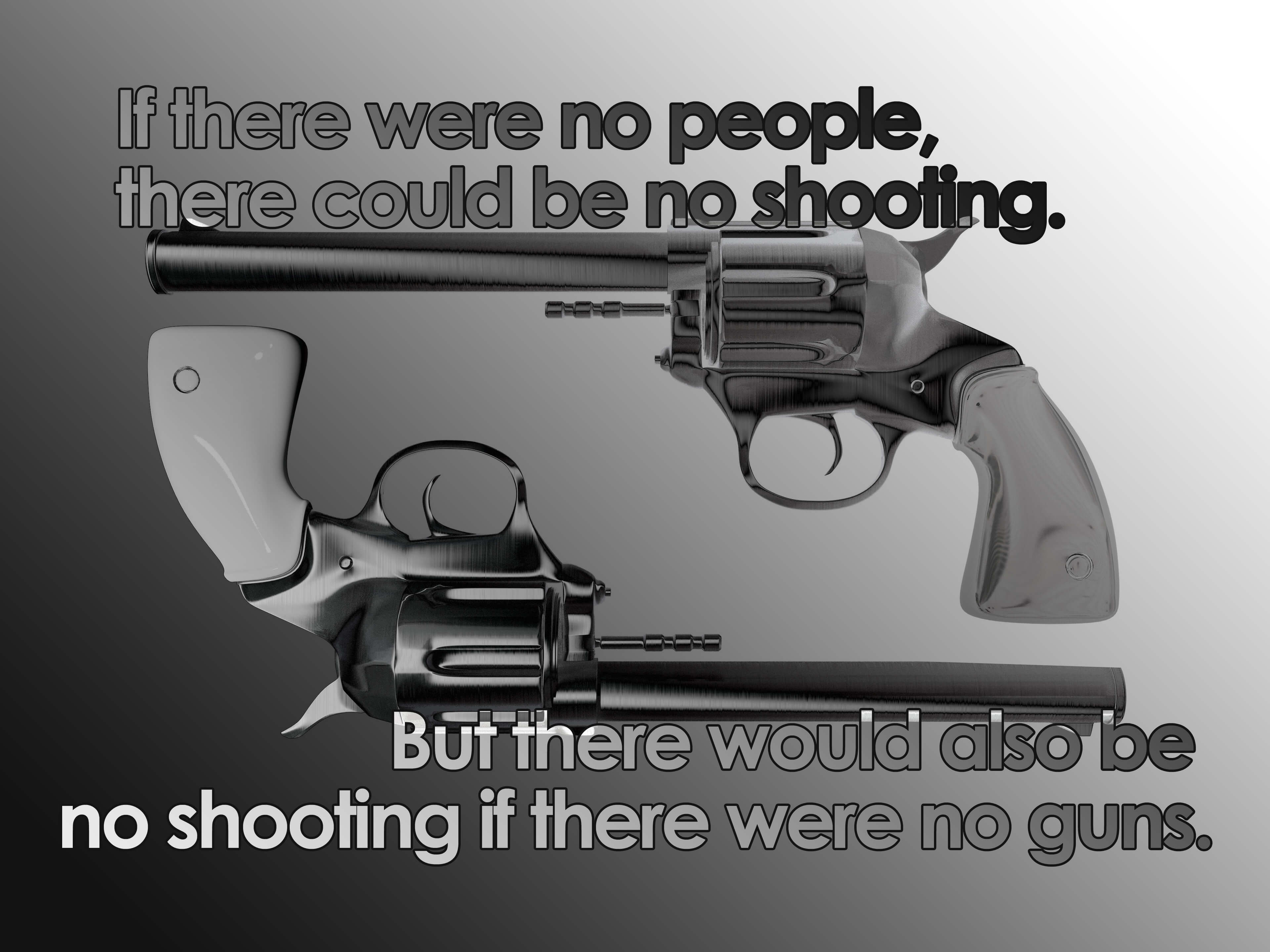 A slogan that is so often repeated that it has become embedded in the public mind, is: “Guns don’t kill people, people kill people”. This is thought-stopping at its most blatant. The words can take hold because they’re true, on the face of it – but they’re not the whole truth. This phrase, repeated mantra-like, has influenced many people to abandon simple analytical reflection, while lazy and unquestioning thinking fertilises the concept. The truth is, quite clearly, if there were no people, there could be no shooting. But there would also be no shooting if there were no guns.

A more subtle source of undue influence concerns thought control, derived from the wilful and inappropriate interpretation of the US’s Second Amendment: the right to bear arms. Taking any passage out of context is a common ploy for manipulation. One classic example of this is the Jehovah’s Witness interpretation of bible verses concerning the consumption of blood, which has led to them banning blood transfusions for adherents – resulting in hundreds of deaths annually.

In the case of the Second Amendment, those who wish to exert influence never mention that it was written in 1791, following the American Revolutionary War, and applied to “A well-regulated militia”. Nor do they mention that James Madison, who wrote it, had a vested interest in protecting slave owners from revolt and from the abolitionists of the north, who might one day interfere with the status quo. And, of course, they never refer to the fact that the most advanced military weapon in 1791 was the musket: capable of firing infrequently, with a short range and a tendency to miss the target.

However, I think the most powerful factor in gaining influence is our own emotions, and the concept of “rights”. It’s natural that nobody wants to lose any rights they have been granted, so by playing on the notion of losing one of your cherished rights, it becomes possible for influence to gain traction. What the manipulators don’t mention is that this right leads to having the “right” to be randomly shot and killed at any time, any place and for no good reason.

What do you think about this article? Do you agree? Do you have a story about guns and undue influence that you’d like to share? We’d love to hear from you!