The Guru in the Living Room

Family and one-on-one cults are far more common than we think. In an intimate or family situation with someone controlling another individual with threats and putdowns, but often keeping them trapped with superficial charm, isolated by a web of lies and triangulation the victim is often oblivious to their entrapment. 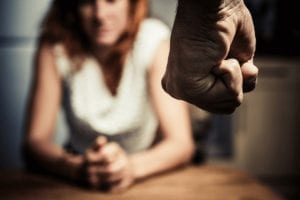 Families can turn into one-on-one cults, where one partner uses coercive control over the other partner, or even the whole family. The abusive partner will create petty rules that are impossible to keep. There will be a stream of criticisms: nothing will ever be good enough. At the same time, the predatory partner will fail in responsibilities to the family – pursuing some hobby or private entertainment, rather than offering support or attending to the family’s needs.

Domestic violence can be a part of an abusive relationship, but it is the coercive control or undue influence that should be the focus, because domestic violence is a consequence, not the cause, of manipulation. This was recognized in the UK in 2015, with a new law regulating coercive and controlling behavior. Prison sentences have resulted from this legislation, which carries a maximum penalty of five years.

Your Partner as a Predator

In a coercive environment, victims are punished for any infraction of the stringent rules laid down by the manipulator; the hardest rules to follow are those that are never fully explained, or are made up on the spot, in order to reframe abuse into “correction”. Family members are isolated from outside contact – forced to abandon friends and relatives. This practice of ostracism or “shunning” is fundamental to cultic behavior, and is a powerful form of emotional blackmail.

A predatory partner may also abuse children – whether as a parent, stepparent, or even foster-parent. Any such behavior should be reported to the police.

In the 1990s, the American Medical Association estimated that about one and a half million women seek treatment for domestic abuse every year (the problem is not confined to women – while most reported physical violence is perpetrated by men against women, we must not dismiss situations where men are assaulted or coercively controlled by women, or where domestic abuse occurs in same-sex partnerships). In the US, as many as 3000 murders a year are committed by partners as a consequence of coercive control.

Evan Stark reports that from 3.3 million to 10 million children are affected by domestic violence and abuse in the US, framing it as “domestic terrorism”. Such violence is the largest category of police complaint in the US.

Parental alienation is another form of coercive control. It occurs when one parent has custody, and cuts a child off from the other parent without good reason. Typically this is most severe in high-conflict separated families. As adults, some children who were caught in parental conflict find it hard to form relationships.