It is the height of arrogance to decide who should live or die, and many abusive groups and individuals will flatly deny that they make this distinction, but separating the elect from the damned is a core belief of a totalist organization. In the totalist worldview, those who “know” have embraced the beliefs through which they will survive Armageddon, ascend to Enlightenment, or release them from rebirth into yet another lifetime of suffering. 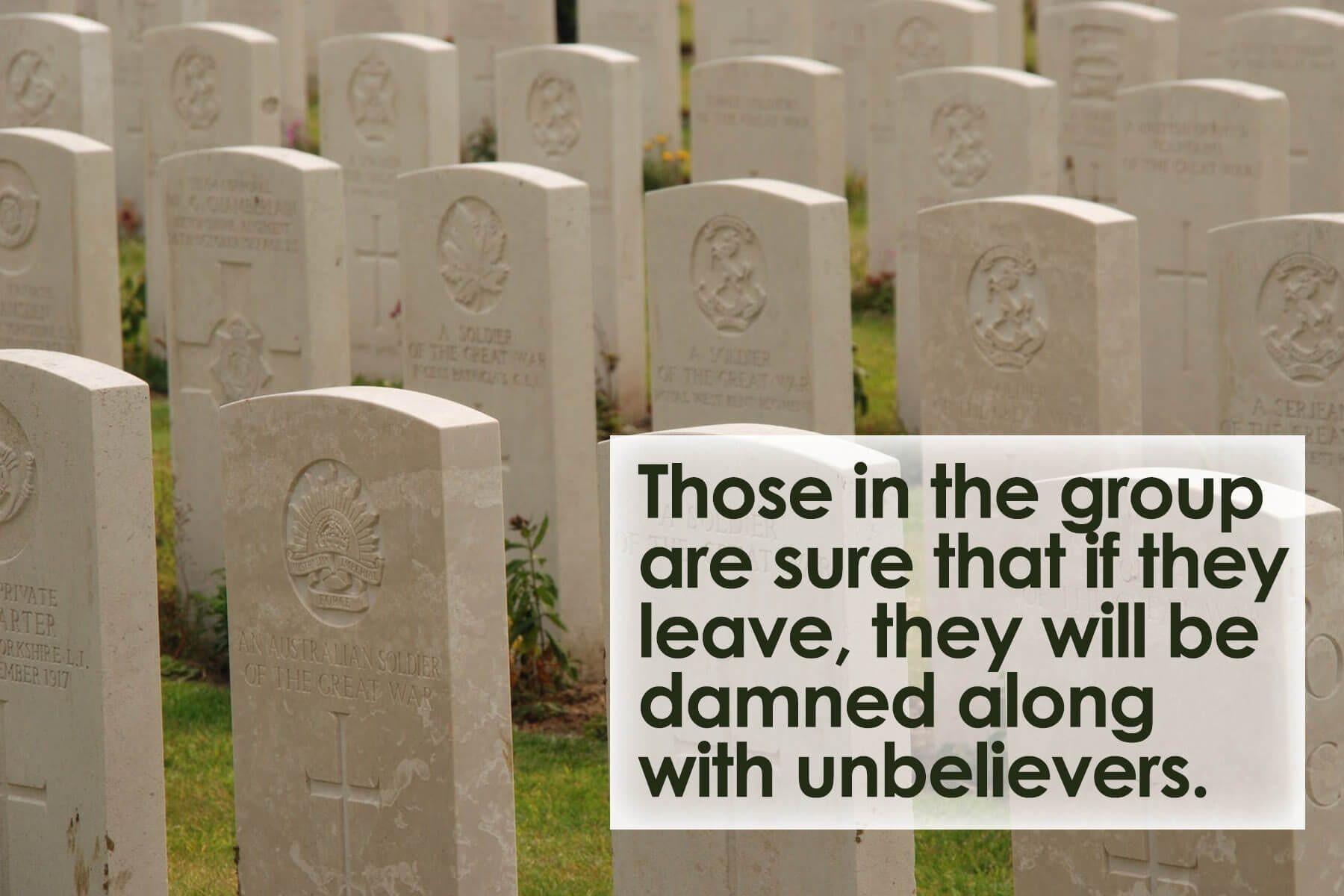 In these closed systems, the rest of humanity is living a “false” existence; only those within the safe circle of the group know the truth. As in all abusive situations, this status as member of the elect is tenuous and depends upon the continued devotion and obedience of the believer. Those in the group are sure that if they leave, they will be damned along with unbelievers. They may be seen as worse off than those living in ignorance, as they have heard the “truth” and rejected it.

Dispensing of existence is not limited to religious or pseudo-religious organizations. It can also be found in political parties, where those with an opposing viewpoint are dehumanized with thought-stopping labels such as “libtard”, “fascist” or “feminazi”. Business cults assure members that anyone who rejects their system will suffer the financial “death” of poverty. Therapy cults promise mental decline to escapees, and “health” cults warn that disease and death await those who stop using their products faithfully. Criminal gangs, and a few of the more abusive martial arts groups, often say that defectors will be murdered, to assure unswerving loyalty believers through sheer terror. Similarly, an abusive spouse will often say that if they cannot have their partner, no one else can: some domestic abuse situations end in murder just after the abused partner has finally left.

Dispensing of existence is the most severe of the eight criteria, so it is the most powerful weapon in a predator’s arsenal. As the ultimate in created aversion, the dispensing of existence creates a bond of fear, keeping victims of undue influence from escaping. To escape takes healthy skepticism: no one can tell us whether we “deserve” to live or die – and a critical thinker will see these threats for what they are. At Open Minds, we promote independent decision making and the sovereignty of the self.

What do you think about this article? Do you agree? Do you have a story about the Dispensing of Existence that you’d like to share? We’d love to hear from you!